In flight, the medics use handhelds to capture data for a detailed electronic medical record that will follow each patient anywhere he or she receives care from the military or the Veterans Affairs Department. Units on the ground use notebooks to access the medical data.

While harsh combat environments put the off-the-shelf gear to fierce tests, the system administration realities and lessons learned could apply to almost any agency that manages mobile users. The move from paper to digital medical records — a shift the new administration is striving for in the civilian healthcare industry, to the tune of $19.2 billion provided in the American Recovery and Reinvestment Act — has been occurring “in theater” for the past six years. An in-depth look at this technology shows its potential for use in other federal healthcare efforts, far beyond the battlefield.

More than 35,000 users have been trained to use the Army’s MC4 (Medical Communications for Combat Casualty Care) system on handhelds and notebooks, which are loaded with joint government software that serves all military branches. The massive medical data-capture capabilities support clinical care documentation, health surveillance and the ability to track patients and medical supplies.

MC4’s ongoing operational cost is $10 million annually, Geesey reports, a cost that will increase as the program continues to expand to new missions and different areas of the world. These costs include the annual system support to users in the field, as well as supplying and maintaining hardware and software on the battlefield.

Since MC4 was first deployed in 2003, the change in business processes has been dramatic and continuous. Illegible, bloodied field medical cards and hardbound green medical notebooks have been replaced by the portable, ruggedized handhelds, notebooks and servers.

“This process ensures that timely reports follow each patient and eliminates the loose papers that always seem to find a way to get away and fly around the helicopter,” says Sgt. 1st Class Ty A. Barnett, a medic in the 238th.

The information included in the detailed electronic patient records not only facilitates immediate follow-on care, but also better positions service members for long-term recovery when they return home and provides the digital proof they need to access VA medical benefits.

Initially, some doctors and other care providers resisted a change in the way they conducted business. During the first few years, MC4 use increased, but user confidence in the MC4 system was low, Geesey says. Half of the medical records from the battlefield were not reaching home, and half of those that did were inaccurate. Inconsistent, uninformed use of the system was to blame. Quality of care and command decision-making suffered. Users worldwide had a relatively new system, yet no guidance or support for using it in the combat zone.

Maj. Kevin Peck, former CIO for health information systems in theater, explains how this upgrade plays out for a soldier who is wounded in Fallujah, Iraq, and taken to the hospital at Al Asad Airbase. If he is returning to the United States, the soldier would be transported to the Balad Air Force Theater Hospital first and then to the Ramstein Air Base in Germany.

“With the advent of TC2 and our deployment of it to all services in 2007, for the first time providers were able to see what care a patient had received prior to their arrival,” says Peck, now CIO for the 65th Medical Brigade in Korea.

If the soldier’s wounds are critical, doctors can save time by preparing the surgery room. Or if other, more critically wounded soldiers are coming in on other helicopters, medical regulating officers can triage casualties in advance.

“We took EMRs in our clinics from a utilization rate of 30 percent to about 90 percent in about seven months,” he says.

He says one of the “most gratifying moments” came in March 2007 when the first complete TC2 medical record was uploaded to MC4 in theater.

In 2008, more electronic medical records — 2.2 million — were captured via MC4 than in the previous four years (2 million). Since 2003, DOD has used MC4 to capture 10 million patient encounters, creating lifelong medical histories for all service members.

“We were all holding our breath,” Winfield says. “Sitting by the secure phone, kind of humming, until we heard Maj. Gen. Elder Granger in Washington, D.C., say, ‘I’m looking at all these records.’ Then there was a collective sigh. It took all of five minutes for him to see these records from Al Asad, Iraq. We’re very proud of that and very happy. There was no fighting that night, no gunshots. It was clear, the moon was up — a peaceful night that night.”

Winfield says when he returned from Iraq he wanted to maintain that level of success. Four MC4 notebooks let the 3rd MDSC in Georgia monitor what is happening in theater today. For example, when there was a complaint that a medication was being overprescribed, Winfield’s team was able to validate that practitioners’ prescribing habits were within recommended guidelines.

“I can look at bed status, equipment status, blood supplies, whether clinical practice guidelines are being followed,” he says. “It helps us bring in physicians and show them the importance of information as they’re trained, and show them it doesn’t just go into a black hole.”

Geesey notes that commanders need to be able to support their directives with standard operating procedures and best practices. “Creating a uniform way of using the system not only provides actionable direction to users, but delivers better data integrity,” he says.

In addition, units can more easily hand off their business processes and best practices — like a template — to incoming units. New users and new commanders can build upon what the previous unit has done to meet mission requirements.

A good example is at Camp Bucca, the largest detainee camp in Iraq, which encompasses 29 independent compounds and can hold as many as 15,000 detainees. Encounters at the 115th Combat Support Hospital (CSH) account for 20 percent of all battlefield EMRs (7,000 per month) captured via MC4, making it one of the busiest in-theater treatment facilities.

Bucca’s modern internment medical facility has experienced a major overhaul to make MC4 technology available to every healthcare provider throughout the workspace, whether they are individual medics screening patients at remote detainee primary-care clinics, a physician managing patients in the intensive-care ward, or a pharmacist dispensing medication from the busiest pharmacy in Iraq.

While planning a fiber-optic network as the ultimate solution, staff deployed more than 100 handheld devices to combat medics and providers. But this interim approach lacked necessary features, such as the ability to transmit patient encounters. The devices also would not let providers co-sign notes initiated by medics, Sturtz says. And at the end of a long shift, medical personnel could not determine if every encounter had been transmitted.

Eventually, more than three miles of dedicated fiber-optic cable were installed, and the handheld devices in treatment rooms were replaced with new MC4 notebooks. Today, all medical personnel can access the full suite of MC4 applications without bandwidth restrictions.

“What the military has done with their electronic health record in terms of taking electronic support for healthcare all the way forward into combat hospitals, highly mobile clinics and first responders in combat goes very underappreciated,” says Harmon, who now works in the private sector as chief medical officer for Harris Healthcare Solutions.

Harmon says DOD and VA have been front runners by implementing a lot of electronic health record capabilities over the years, and that the lessons learned, such as getting all personnel to change from using paper and pens to using computer keyboards and handhelds, are applicable to peacetime.

“A lot of what the military does is like what paramedics do, but in a very tough environment, and could inform national initiatives, even within the core of electronic health records in clinics and hospitals,” he says.

1st Lt. Mary Miller, an Army nurse who served at the 325th CSH in Al Asad, Iraq, says medical staff who, like her, were accustomed to floor nursing and electronically charting patient care in facilities back home had an easy transition to MC4. Training at U.S. mobilization sites and while in Kuwait and Al Asad was key.

“MC4 followed the ‘crawl, walk, run’ phases, which really prepared us and set us up for success when we took over the hospital,” Miller says. “We weren’t just given a class and sent on our way. There was always someone available to support us.”

She notes the savings in time and resources with charting on computer versus paper. “The cost is less because of the savings in forms and copies made,” Miller says. “We never had enough ink — never! We had to use the old-fashioned carbon paper. Some of our younger soldiers didn’t even know what this was.”

For soldiers and Marines who return for additional treatment, providers can see what care they already received. “The savings in time and accuracy could mean a more positive outcome for the patient,” Miller says. “There isn’t a dollar value that can be placed on that.”

Photo: Jensen Hande
“I can look at bed status, equipment status, blood supplies or whether clinical practice guidelines are being followed,” says Brig. Gen. Leroy Winfield Jr. of the MC4 system, which he oversees.

While ill or injured service members reap the most obvious benefits from MC4 in terms of continuity and quality of care, combat commanders rely on the data in MC4 to view roll-up situational reports, where they can spot trends and areas of risk or need.

“It used to take days for commanders to pull together information used to reallocate and mobilize medical assets such as personnel and materials,” says Lt. Col. William E. Geesey, MC4 product manager. “With medical units using MC4, that information can be gathered and reported immediately. This is a decisive advantage in decision-making.”

Photo: Courtesy of the Army

As the soldier population in the Baghdad area increased to support the mission, Col. William Grimes, former Commander of the 61st Multifunctional Medical Battalion in Iraq and currently chief of staff for Fort Hood’s Darnall Army Medical Center in Texas, says he needed assets in place so his medical staff was not buried with work.

“By looking at the clinical data compiled in JMeWS [Joint Medical Workstation, a web-based medical surveillance tool on a classified network], I could review my clinics and see where providers were underutilized and move them to where they were needed most,” he says.

What used to take hours can now be done in minutes, Grimes says. “We are so unified with other branches of service in our fight that we see airmen and Marines in our clinics, and they see our soldiers in their clinics. So it’s important for us to use one medical system.”

Photo: Courtesy of the Army

The MC4 deployment team bases hardware configurations on each mission and the size of the deploying units.

The current MC4 handheld computers are HP iPAQs and Motorola MC70s. Each device is a point-of-care handheld, enabling military providers to record, store, retrieve and transfer patient information by synchronizing the handheld with an MC4 notebook. 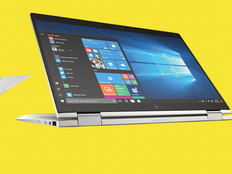 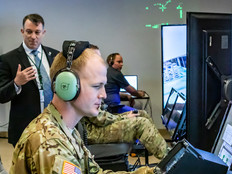 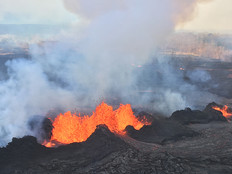 What Is Deepfake Technology? How to Spot a Deepfake