Worldwide, Internet use has exploded over the last decade. In 2002, just 10 percent of the world’s population was online. Now, 10 years later, more than 32 percent of people have an Internet connection via smartphone, tablet or desktop computer, according to data provided by the World Bank to Google Public Data. The increase is due in large part to the adoption of the Internet in developing nations in Asia and Africa.

As massive as the Internet is, and as fast as it continues to grow, a huge majority of the world still lacks access:

Emerging markets, such as the Philippines, India, and Indonesia saw the strongest growth over the last year, but global Internet penetration currently stands at just 32 percent, indicating the Web has many more years of growth ahead of it.

Meeker's firm also examined the mobile space and found that there are now 1.1 billion mobile 3G subscribers worldwide, representing 37 percent growth year over year. However, like the Web, global penetration is quite low, reaching only 18 percent at the end of last year. 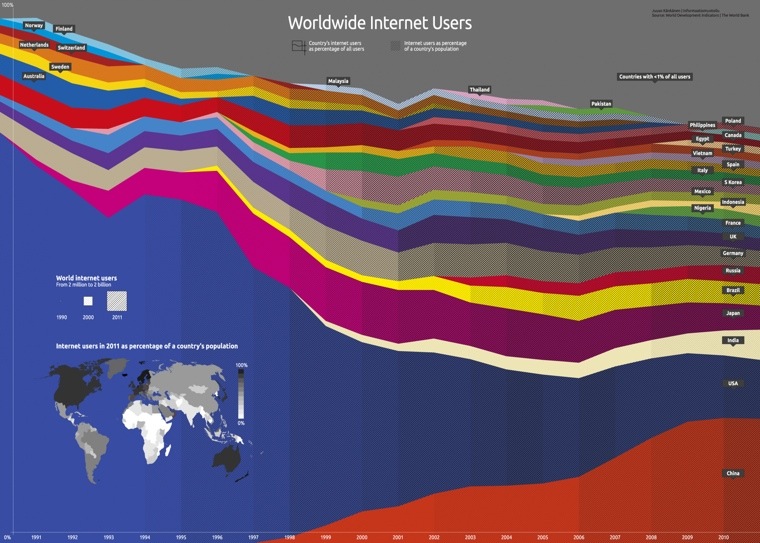 This infographic originally appeared on Visual.ly.