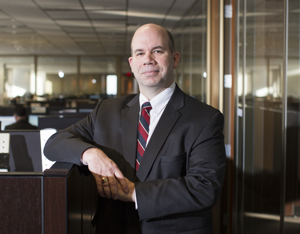 GSA expects to save $24.4 million in leasing costs by redesigning its office space, Charles Hardy says.

Offices are designed to last. Take a picture of one, and 10 years later, it should look essentially the same. Right?

Charles Hardy, director of the General Services Administration's Total Workplace initiative, doesn't think so — at least, not anymore. Years ago, offices didn't have to change much, but wireless technology, mobility and telework have changed the way people do their jobs. Therefore, office design needs to be flexible, Hardy says. "For the way we work today, we overbuilt," he admits. "Buildings and workplaces are moving more toward software versions. We move into version 1, but in six months, if something changes, we can shift to version 2."

To adapt quickly, federal office spaces must be flexible and cost-effective, which are the major tenets of the Total Workplace initiative. GSA has been looking for ways to improve workspaces since 2006, and it formalized the effort in September 2013. "We've got a lot of experience," Hardy says. "We have lessons to share."

GSA, for its part, performed extensive upfront work before moving offices. Its headquarters used to be spread across six buildings, and different departments used different technology solutions, which resulted in costly, excess equipment. Moving to enterprisewide solutions made the agency more nimble and easier to consolidate into one building, he explains.

"It's not a one-off solution," Hardy says. "It really is a journey. This is part of the culture at GSA, and we're trying to work with other agencies so they can take that same journey we did."

A visitor to a typical federal office building is likely to notice all the empty desks. It's not because of a staffing shortage or workers playing hooky. "It's because they're at client sites or working elsewhere — in conference rooms, at home, at Starbucks or the airport," says Charles Hardy, director of the General Services Administration's Total Workplace initiative.

Still, all those mobile workers have their own desks. "Does that make sense?" he asks.

On any given day, only 40 to 50 percent of all office space — federal or otherwise — is in use, Hardy explains. GSA's Total Workplace initiative was established to help agencies make the most of their office space, through expert consultants; loans for new leases, furniture and equipment; and the adoption of mobile, collaborative technologies and policies, such as wireless local area networks, cloud computing, virtual private networks, teleworking, and desk sharing and hoteling, whereby employees book desk space as needed. The goal is to reduce the amount of real estate agencies need and, in turn, cut their office expenses and carbon footprints.

"It's the right thing to do, given the change in the 21st century workplace and the budgetary constraints we're in," Hardy says.

And GSA is practicing what it preaches. It's been able to downsize its Washington, D.C., headquarters and save $24.4 million in leasing costs by redesigning its own office space; increasing the use of mobile technologies, such as portable devices and remote access software from Citrix; and adopting mobile policies, such as teleworking.

"We've done the transformation on our own, so we're walking the walk," Hardy says. When GSA launched the Total Workplace initiative on Sept. 19, 2013, it invited agencies to visit its new office and offered them help in revamping their spaces. "Since then," he says, "the calls have been coming in."

Some agencies have been working to shift to more efficient workspaces for several years. For example, by scaling back its office space and adopting telework and desk-sharing policies, the Homeland Security Department is positioned to avoid an estimated $55 million in workplace costs, according to the GSA. Through the Agriculture Department's Smartspace initiative, the National Agriculture Statistics Service cut $700,000 in expenses by transitioning from 46 state offices to 12 regional offices, according to USDA Deputy Assistant Secretary for Administration Malcom Shorter.

One of the first agencies to sign on to GSA's Total Workplace initiative was the U.S. Fish and Wildlife Service (FWS), though its transformation has been a long time coming. In 2010, knowing that its lease would expire in a few years and that it would move its headquarters, the agency started looking at ways to use its space more efficiently and consolidate three office buildings into one. It worked with a space planner, examining the number of employees, the amount of storage they'd need and whether they could telework or share offices, explains Paul Rauch, assistant director and chief financial officer for business management and operations at FWS. In July 2014, 800 FWS employees will move less than 4 miles from their current headquarters to a new space with 70,200 fewer square feet, cutting about 25 percent of the agency's real estate footprint and $3 million in annual costs.

Part of the space savings comes from reducing onsite technology. FWS is implementing a comprehensive managed-print solution that will allow it to replace 90 percent of its desktop printers with enterprise multifunction devices, and it's moving the agency's application servers and associated equipment to a federally hosted data center. "Instead of having to house the agency's servers and mass storage devices in expensive office space, it will move into a purpose-built, federally maintained data center with proper environmental controls and technological redundancy," says Peter Bonora, senior project manager and IT consultant for FWS' Headquarters Prospectus Lease Project.

About 80 percent of FWS' new building consists of modern, open workstations (compared with about 35 percent in the current space). It will include many more conference and collaboration rooms, as well as smaller huddle rooms, where one to three people can meet or make private calls. The entire space will be engineered to optimize acoustics, including special attention to ceiling and wall materials that lower noise levels, as well as implementation of an active sound-masking system. "We are trying to construct an environment that maximizes employee privacy even with the open workstations," says Rauch.

The entire FWS space within the building will support wireless connectivity, allowing workers to use tablets, notebook computers and other devices at their workstations and in the many meeting rooms. In the collaboration spaces, employees will be able to connect wirelessly to displays and access full-featured or PC-based video conferencing systems. "We're using technology to enable our end users to collaborate and share information simply and practically," says Bonora.

While some employees may be concerned about the loss of privacy in a more open workspace, others are excited about the opportunity to collaborate more easily with colleagues. "For the first time ever, we're going to have all of our headquarters employees in the same building, sharing their space," says Rauch. "This proximity of all employees will help support the kind of collaboration we need to accomplish our mission." 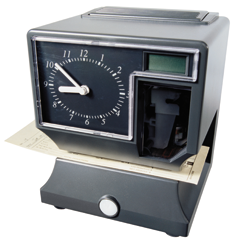 Shifting to an open, collaborative workspace poses several IT challenges, such as ensuring connectivity and quality of service, as well as monitoring mobile devices. "But I think those are the easier challenges," says Jeff Vining, vice president of government research at Gartner. "The harder challenge will be overturning a culture that says you need to be in an office to work."

Agency leaders agree. "Change management and the associated employee impact have probably been the biggest challenges across all the USDA Smartspace activities," says Malcom Shorter, deputy assistant secretary for administration at the Agriculture Department. "Employees, at first, are uncertain about the impact of changes to their own working environment. We've come to learn, however, that if employees are continually engaged and informed throughout the process, it will streamline efforts and alleviate considerable concern and anxiety."

The increased use of mobile, collaborative technology presents a culture change all its own. "It's no longer about face-to-face interaction," says Vining. "It's about citizen engagement over the Internet." For instance, rather than having local offices, agencies can use social media to engage the public, which means employees can create content from anywhere, on any device.

"Throughout USDA, the department is expanding its use of technologies supporting a more agile workforce," says Shorter. "The department has increased its use of video teleconferencing services and social networking technologies to not only decrease travel costs, but also increase employee engagement and communications across the country."