The Obama administration isn’t just concerned about filling critical IT jobs at federal agencies; it also wants to ensure that cities, states and private-sector firms have the tech talent they need.

Through a new multi-sector initiative called TechHire, communities will collaborate with local employers to fill IT jobs and train nontechnical job seekers — through coding boot camps and online courses — for entry-level jobs. The goal is also to make it easier for companies to find and hire tech-savvy individuals who may not have the proper credentials but could make good software developers, network administrators, user-interface designers or cybersecurity professionals.

More than half of the 5 million job openings today are for IT positions in those kinds of roles, federal Chief Technology Officer Megan Smith and National Economic Council Director Jeff Zients wrote in a joint blog post Tuesday. To improve hiring, the president’s fiscal 2016 budget proposal includes $300 million for regional employers “to develop and adopt assessments and credentials that will give more people the chance to qualify for a better, higher-paying tech job regardless of their pedigree,” the White House said.

Initially, 300 employers and 21 regions with more than 120,000 available technology jobs will participate in TechHire. They’ve agreed to collaborate and test new ways of recruiting and providing training programs that lead to more hiring.

In Minneapolis, tech-training programs in the area have committed to train 300 people this year for entry-level software positions. Target, Best Buy and Wells Fargo are among more than 60 employers in the region that have committed to take workers who don't have IT backgrounds, train them for software engineering and support roles, and hire them to perform that work.

Over the next year, the city of Rochester estimates that more than 1,000 IT jobs will be created there. The city’s CIO will work with local companies to solidify at least 50 paid internships for potential job candidates who complete training at local Monroe Community College. Community colleges will play a key role in the success of TechHire. The expectation is that schools will accelerate training and prepare students for IT jobs within months.

The president also announced $100 million in federal grants as part of the TechHire initiative, to support training and innovative approaches to preparing low-skill workers and those who face barriers to employment, as well as unemployed working-age youths who are not in school. The grants will be administered through an H-1B grant competition offered by the Labor Department. The H-1B Technical Skills Training grants are funded by user fees from employers that seek high-skilled foreign workers under the H-1B visa program, Labor said. 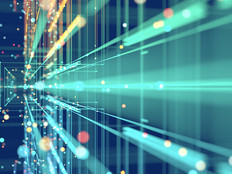