Cybersecurity will continue to grow as a large percentage of federal technology spending, likely reaching as much as 20 to 25 percent in the coming years, said Kevin Plexico, Deltek’s vice president of information solutions, in opening remarks at the 2015 GITEC Summit on Sunday in Baltimore.

As recently as five years ago, agency technology budgets allocated less than 10 percent of total spending to cybersecurity technologies. That number has increased to between 15 and 19 percent in recent years, but Plexico expects it to climb even higher.

“If an agency is victim to a cyberattack, there are things they must do that are seen as non-negotiable from a federal information security perspective,” Plexico said. “Agencies are spending to make sure they are prepared for these attacks after becoming victim to one, while the smarter ones are beginning to do this proactively. It’s become necessary, both from a functional and a financial standpoint, to be in line with these standards”

Plexico said the government has moved from an audit-heavy approach, traditionally provided by a professional services organization, to one focused more on real-time, automated monitoring that leans more on software and equipment.

The challenge for federal leaders, he said, is to find a way to fit these changes into the federal budget.

While cybersecurity continues to grow as a portion of federal technology spending, cloud computing oddly does not. For the third consecutive year, Plexico said, cloud spending remained flat, at around 4 percent. That number could represent under-reporting from federal agencies, but it’s also likely that cloud hype has outpaced the budget for cloud deployments.

Want more GITEC 2015 coverage? Click here to keep track of all of our reports straight from the event. 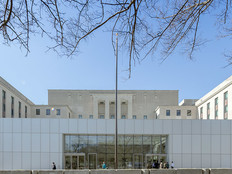 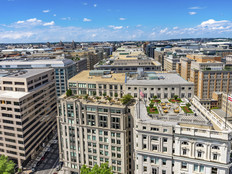