A combination notebook and tablet, the Z20t features a 12.5-inch, 1080p display with a wonderful anti-glare finish, yet maintains a bright, sharp picture that makes small and light fonts clear and readable.

The Z20t’s core processor sits inside a 1.8-pound tablet that connects with a detachable keyboard for easy transition to notebook duty.

The tablet can be docked in two directions: Users can prop it up in presentation mode or position it flat for a thicker tablet. The Z20t feels solid, but the hinges give a little, so there is some bounce when using the touch screen in notebook mode.

The Z20t’s battery is simply epic.

During tests, the computer’s three-cell, 36-watt-hour Lithium-ion battery held its life for 7 hours and 20 minutes during a continuous movie playback test in balanced mode.

The keyboard dock includes a matching battery pack that adds an additional 6 hours and 48 minutes of life — for a total of more than 14 hours.

A 45W AC adapter charges both batteries, plugging into the tablet or keyboard dock.

The Z20t does not use fans, which keeps it incredibly quiet, but it rarely feels hot. The backlit keyboard features raised keys that respond well to pressure and clean easily. Both the Windows 8 gesture touchpad and AccuPoint pointing stick provide solid input options, but the Wacom digitizer pen is the best way to navigate. If the pen is too thick for you, Toshiba includes a second, smaller pressure-sensitive digitizer pen that works just as well.

Manufacturers typically include extra software packages on their devices that usually provide limited value while taking up space, earning themselves the name “bloatware.”

Toshiba is no exception to this practice, but the limited number of programs added to the Portégé Z20t provides real value.

Toshiba’s System Settings application allows users to modify settings typically hidden in the BIOS, a program that is made accessible to the microprocessor on an erasable programmable read-only memory (EPROM) chip. This application makes changing these settings far easier.

For example, users can specify boot order or determine if they want a powered-off system to boot up when the AC adapter is plugged in.

The application includes USB options to disable the 3.0 ports (and render them to be just like 2.0 ports). Users can set the SATA HDD interface to performance or battery life and enable wake-on-LAN (for programs like Microsoft’s System Center Configuration Manager).

Wake-Up on Keyboard is another valuable setting. As it suggests, it wakes the computer from sleep with a keyboard press instead of hitting the power button.

The Upside of Toshiba's Camera Function

Toshiba’s Camera 365 application appears to duplicate native Windows functionality at first, but users will find more once they dig into the features.

The application hosts multiple camera modes: Smile Shot, which detects and captures a smiling face automatically; Beauty, which does real-time face adjustments; and a Burst mode for continuous shooting.

In Settings, you can easily adjust focus and brightness or toggle the geographical information included as metadata.

All in all, pretty handy options to have when dealing with forward or rear facing cameras. 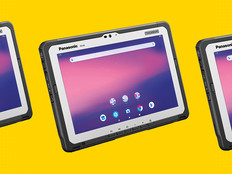