Even though federal agencies are collecting more data and hiring chief data officers to help make sense of it all, if they don’t have IT employees or teams that can function across multiple disciplines, they won’t be able to fully take advantage of Big Data and analytics. That was one of the key takeaways from a panel discussion at the 2016 GITEC Summit in Baltimore.

Agencies need to hire IT workers and Big Data investigators who are both data scientists and well versed in behavioral science or psychology, according to Johan Bos-Beijer of the General Services Administration.

Bos-Beijer, director of analytics services for the Office of Citizen Services and Innovative Technologies at GSA, said that “it’s a mutli- or interdisciplinary approach. It’s in high demand.”

Getting the Right Big Data and Analytics Workers

Bos-Beijer, on assignment at an inspector general’s office for a year, told an anecdote about young startup executives coming in to pitch the agency’s lawyers on a product that could predict fraud. The startup executives noted in a presentation that there was a doctor who was taking X-rays in San Francisco that were being read in Dallas but billed from Delaware. They said this was an obvious case of fraud. However, the lead lawyer ended the meeting and said that the startup executives needed to educate themselves on actual patterns of fraud, Bos-Beijer said, indicating that they had not done their homework.

“When I train people on fraud analytics, I talk to them about behavioral science, psychology and social sciences,” he said. “I’m looking for a blended resource, someone who is a statistician but who also understands behavioral science.”

Bos-Beijer noted that his office at the GSA has 250 employees and is looking to hire 20 per month but can’t find enough qualified applicants. “We’re robbing Silicon Valley,” he said, adding that many workers don’t want to stay permanently because they want to go back to Silicon Valley.

Edward Meyman, technology strategist and program manager at GSA, countered that “it’s difficult to find a person who combines all of those dimensions.” The key, he said, “is building effective teams and putting these people” from multiple disciplines together, which he called a “management task.”

David McClure, lead analyst for open government data services at the National Oceanic and Atmospheric Administration, noted that his agency makes up roughly half of the Commerce Department and has always been a data-heavy organization. NOAA is “like the fish that doesn’t know it’s in water. We’ve been swimming in it ever since the beginning of NOAA.”

Given that, he said, “NOAA is definitely upping its game on taking an enterprise-level view, looking across those channels, those streams to make it more of an enterprise resource.”

Bos-Beijer said that there has been a sense among agencies that have hired chief data officers that “I now have solved all of my data problems and analytics problems,” which he said is a foolhardy notion.

Some CDOs report to CIOs, while others report to agency heads, and still other report to program managers, Bos-Beijer said. “So we’re actually re-creating some of the data challenges, inadvertently, that have been around for decades,” he said.

Agencies should identify functions first, roles second and authorities third, he said. In that model, agencies should first try to establish the functions or actions that will be performed based on data. If data is going to be used to investigate fraud or improve the customer experience, agencies need to create a functional statement around those. Then, agencies should focus on roles and who has authority to share data. 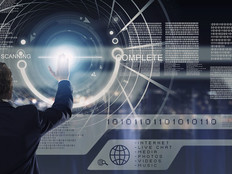