If they want to retain millennials, federal agencies need to meet the expectations of younger workers who want experience with innovative and modern technologies, said several federal officials who spoke at a panel on government workforce hiring and retention at the 2016 GITEC Summit in Baltimore.

The Government Accountability Office estimates that by September 2017, about 600,000 federal employees — accounting for 31 percent of the government workforce — will be eligible to retire. To replace those workers, agencies are increasingly looking to hire younger workers.

Emma Garrison-Alexander, vice dean of the cybersecurity and information assurance department, University of Maryland University College, said that those who hire millennial federal IT workers tend to be from older generations. “There has to be a meshing of the new employees who are coming in and the decision-makers inside the organization,” she said.

Garrison-Alexander said that agencies need to make sure the opportunities they are presenting to millennials match up with what they are looking for. “They expect to see high-technology projects,” she said. Often, she said, because of laws like the Federal Information Security Management Act and other agency security regulations, younger workers cannot use the cloud and the mobile technologies they use at home, which can be frustrating.

Federal agencies, she said, need to ask, “how do we create a work environment where the young people feel they can use their skills and abilities” and bring them to bear to help an organization?

Beth Anne Killoran, acting CIO at the Department of Health and Human Services, said that agencies’ missions draw in younger IT workers because the federal government can have a large impact on the country and the world at large, but “that doesn’t keep them if you can’t keep them interested.”

IT leaders, she said, need to move talent to key projects and conduct rotations to give workers opportunities to work on a variety of projects and technologies. She also emphasized that agencies need to conduct training to help younger workers improve their skills. If workers are engaged in their training, she said, “that means they have a desire to learn” and are likelier to stick around.

Kevin Cooke, deputy CIO of the Department of Housing and Urban Development, also said that teleworking is important. HUD has 81 locations outside of Washington, he said, and his office has workers in 37 of them. Cooke also said that taking employee feedback into account is critical, and every Tuesday his office holds a brown bag lunch to address employees’ concerns.

Killoran noted that the Office of Management and Budget is pushing agencies to modernize their legacy IT systems and develop business cases for making upgrades.

When those kinds of projects get funding and approval, she said, it’s important for agencies to move their “best and brightest” young IT workers so that they can have a direct hand in updating technologies. She also noted that agencies can partner with 18F for more resources to make those upgrades.

Garrison-Alexander said that when she started her career at the National Security Agency, she was able to work on hardware design, software programming and systems integration. However, she said that as a result of agencies outsourcing that kind of work to vendors, many federal IT workers are now tasked with merely overseeing vendors that perform those tasks.

“One of the challenges we have as CIOs and IT supervisors is to achieve a balance between what types of projects and activities are done by the contractors that support us and what types are done by our federal employees,” she said. 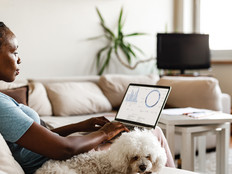 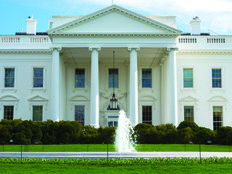