The White House’s IT systems are finally moving into the 21st century — color printers and everything.

As The New York Times reports, the Obama administration is upgrading several systems and networks inside the White House and the devices that staff use. The technology inside the building was so outdated that employees had to contend with “black-and-white printers that could not do double-sided copies, aging BlackBerries (no iPhones), weak wireless Internet and desktop phones so old that few staff members knew how to program the speed-dial buttons.”

Anita Decker Breckenridge, the deputy chief of staff for operations at the White House, moved to bring faster broadband connection speeds to Air Force One and lead a broader IT overhaul.

Why was the White House’s technology so antiquated? One key reason is that four different agencies, each with their own CIO, have long had some degree of responsibility for the IT systems: the National Security Council, the Executive Office of the President, the Secret Service and the White House Communications Agency. That impeded large-scale upgrades, the report notes.

According to the Times, Breckenridge took a cue from President Barack Obama’s decision to create the United States Digital Service as a force to upgrade technology across the federal government, and in March 2015, hired she David Recordon, who had designed and managed office technology for Facebook CEO Mark Zuckerberg. That led to some major overhauls, with Recordon’s team of technicians eventually discovering and removing 13,000 pounds of abandoned cables inside the White House that were no longer being used.

The White House also replaced its aging computers with modern ones with solid-state drives and faster processors, and brought in some color printers. Recordon’s team also upgraded the White House to a digital phone system, started letting staffers carry the latest iPhones and improved the strength of the White House’s Wi-Fi network, among other upgrades.

Breckenridge told the Times that the White House has made the upgrades using existing money in the budgets of the four relevant agencies. In some instances, she said, they have saved money by eliminating duplicate purchases, as the four agencies no longer negotiate their own contracts with wireless companies and don't purchase multiple copies of the same software licenses, according to the Times.

However, Obama still uses a modified and secure BlackBerry phone. 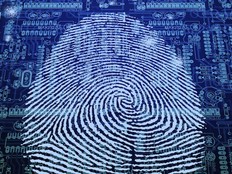