Federal CIO Tony Scott continues to pound home the message that the U.S. government needs to end its habit of simply sticking with legacy IT systems until they fall apart. He said the federal government needs to overcome inertia and change the way it does business and thinks about IT purchasing and decision-making.

This is not exactly a new theme for Scott, who has been hitting on the message since he became CIO, in February 2015, after serving as CIO of VMWare. Indeed, as FedTech noted, last month Scott called the looming problems posed by outdated IT systems at federal agencies “a crisis that is bigger than Y2K.”

Last week in Washington, D.C., Scott returned to the theme and exhorted federal agencies and departments to change their ways. Speaking at an event, The Future of U.S. Digital Infrastructure, which was hosted by Brocade and the Information Technology and Industry Council, Scott said, “We have to change a frame of reference that says we're just going to put stuff in and leave it until it breaks.”

A Need to Shift Priorities

"We have to have a mindset of working this out in a way, economically, policywise that keeps riding the curve and practices that through all of the ecosystems that contribute to this," Scott said, according to FierceGovernmentIT. "It's no different than paving roads,” Scott continued. “You don't just put a road in and then wait until it breaks apart. You repave them every once in a while. And every once in a while you have to tear it up and put a whole new road down. We just got to get in that cycle.” Scott said that there is “a growing gap” between advances the private sector has made in upgrading their networks and overall digital architecture and what the federal government has been able to do in those areas.

There are several reasons for this, Scott said. One reason is that the federal IT procurement process rewards maintaining legacy systems. “The easiest money to get is to keep the old crap that you have going, and the hardest money to get is to invest in new stuff to replace and upgrade,” he said. “We’ve had a cycle of that that’s been going on for a long time.”

Just as archaeologists can carbon-date fossils to see how old they are, the federal government can “silicon-date” a lot of the technology in the federal government. “It’s multiple-generations old in many cases,” Scott said. “We know, empirically, that that’s the most expensive, the least flexible, all of those kinds of things. And we’ve got to sort of move the needle on that.”

Despite the stuck-in-the-past stance, Scott said that the federal government will digitize its services just as the commercial sector has done. One of the big lessons that the government can learn from that process is that the “the design of the digital enterprise doesn’t model the org chart any longer.”

“You don’t have to know how Amazon, or eBay or Google are internally organized to use their services or work with those companies, nor should you have to do that with the federal government,” Scott said.

“I think as we get on this digitization train there’s going to be profound effects on the agencies themselves, but also the citizen interaction with the agencies, that will only be a good thing the faster we can accelerate it,” Scott added. 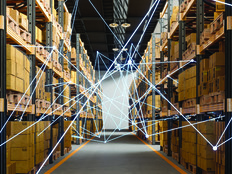 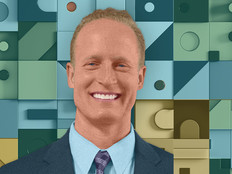