U.S. Marines and Nepalese soldiers unload tarps off of a UH-1Y Huey at Orang, Nepal, during Operation Sahayogi Haat, May 19, 2015, following the earthquake in Nepal.

When the latest scores came in earlier this month for how agencies were complying with the Federal IT Acquisition Reform Act, there were not many highlights.

USAID scored an “A-,” following an “A+” in June, and it is the only agency to have ever received an “A” grade since the scorecards were first introduced by the House Oversight and Government Reform Committee in November 2015. What can other agencies do to follow in USAID’s footsteps and modernize their IT management and update their technology?

Speaking at a joint congressional hearing earlier this month of the committee’s subcommittees on government operations and on IT, Wade Warren, the acting USAID deputy administrator, broke the agency’s success down into four parts. They included a willingness to take risks, getting support for agency leadership, creating a culture around incremental progress and investing in the agency’s IT workforce.

FITARA is designed to empower agency CIOs to take more control of their department’s technology. While many department CIOs in the past focused on broader technology policy, FITARA, passed as part of the 2014 National Defense Authorization Act, gives CIOs authority on budget, acquisition and human resources as they relate to technology.

The FITARA scorecards grade agencies on several measures, including agency CIO authority enhancements; transparency and risk management; reviews of agency IT portfolios; and compliances with the Data Center Optimization Initiative and with the MEGABYTE Act.

What is USAID doing right? Warren said at the hearing that the agency first “accepted that updating our IT would be risky, that we would run into problems, and that we would not get everything right the first time,” according to FedScoop.

“A second key to success, and related to the first point, we had real buy-in from the agency leadership,” Warren added. “We committed significant financial and human resources to this effort and championed it from the top, with leadership committing to being among the first adopters.”

The agency has also created a culture of incremental progress, realizing that modernization is never done in one shot, according to FedScoop. Finally, Warren said, USAID has invested both in hiring IT experts and in retraining existing employees, FedScoop reports.

USAID has improved its performance “largely by working with [the Government Accountability Office] to better report” what the agency has already been doing internally, Warren added, according to Nextgov.

At the hearing, Rep. Will Hurd, the chairman of the IT subcommittee, pressed USAID officials on what more needs to be done, Nextgov reports. When asked about his awareness of activity on USAID’s networks, CIO Jay Mahanand acknowledged that there was the “potential of shadow IT,” and noted that the agency is in the first phase of rolling out the Department of Homeland Security’s Continuous Diagnostic and Mitigation system, which should be fully installed by February.

USAID CFO Reginald Mitchell said that he would work with Mahanand to set up a working capital fund to modernize IT, as envisioned in the Modernizing Government Technology Act, which has passed both houses of Congress as part of the 2018 National Defense Authorization Act and is awaiting President Donald Trump’s signature. Mitchell said he would help set up the fund and “develop the procedures and policies governing the operations.” 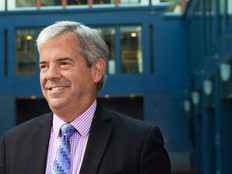 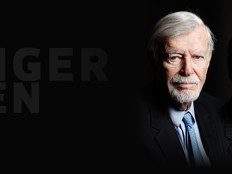