The latest scores are in for agencies under Federal IT Acquisition Reform Act, and there was not a lot of movement in the grades.

According to the latest scorecard, issued Nov. 15, three agencies managed to improve their scores related to compliance with the law relative to their June 2017 scores: the Small Business Administration, the Office of Personnel Management and the Education Department. As FCW notes, each agency improved by a full letter grade. Meanwhile, six agencies saw their scores drop and the other 15 CFO Act agencies saw their scores hold steady.

The newest version of the scorecard included for the first time a grade on compliance with the 2016 MEGABYTE Act, under which agency CIOs must “establish a comprehensive inventory, including 80 percent of software license spending and enterprise licenses” by “identifying and collecting information about software license agreements using automated discovery and inventory tools.” Six agencies received “A” grades, one received a “C” and the other 17 received failing grades. 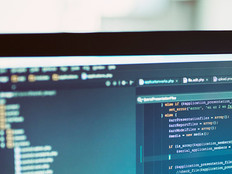