The Coast Guard recently completed a transition to Microsoft’s Windows 10, but it is unlikely to make a wholesale migration to the cloud anytime soon.

That’s the message Coast Guard Commandant Adm. Karl Schultz delivered during a Center for Strategic and International Studies event on maritime security Aug. 1. The Coast Guard is closely watching the Defense Department’s Joint Enterprise Defense Infrastructure cloud acquisition for guidance on how to proceed with a cloud migration, but it likely will not make an enterprisewide shift to the cloud in the near future, according to Schultz.

In late July, after months of delays, the DOD released the final request for proposals for JEDI, a single-award, indefinite-delivery, indefinite-quantity commercial cloud acquisition worth up to $10 billion for a possible 10 years.

At the CSIS event, Schultz called the DOD’s journey toward the cloud a “big movement,” FedScoop reports.

“You sort of say, ‘What is that next big technological advancement that really changes things, that allows you to find efficiencies?’” he said. Schultz said he has tasked his senior leadership to report back with an answer.

“We missed some opportunities, so potentially we’ll be having that conversation about cloud in the next four years,” Schultz said, according to FCW. “But until then, I’m challenging my team to tell us where they think the next big step will be that can really make a difference.”

The Coast Guard, technically a part of the Department of Homeland Security but also a branch of the armed forces, has long struggled with IT modernization but achieved a major milestone in March with the completion of its transition to Windows 10.

“We recently transitioned to Windows 10, which was a pretty stringent requirement to stay on top of,” Schultz said, according to FCW. “As we looked at our systems holistically through that transition, we realized that we have patchwork of applications and things.”

As an example, Schultz pointed to some of the Coast Guard’s older ships that cannot surmount connectivity issues simply by adding in “more bandwidth” for their internet connections.

“Those 50-year-old, 210-foot ships, the 30-year-old, 270-foot ships, we have issues with connectivity,” he said. “And initially we thought we could just buy more bandwidth and push it out there as a bandwidth problem, but it’s more complicated than that. It’s the applications we have on there.”

Overall, the Coast Guard is taking a more targeted approach to enterprise IT by “treating our CG-6 [Command, Control, Communications, Computers and Information Technology], our tech, our computers, more like other programs,” Schultz said — defining requirements and improving staffing and governance. 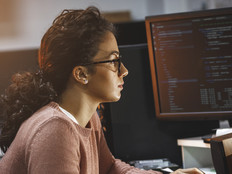 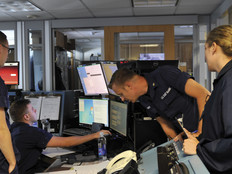 The Top Mobile Security Threats for Government in 2020

The Most Logical Federal Use Cases for DevOps

How to Ensure Mobile Security as Smartphone and Tablet Deployments Increase

DHS Invests In a Range of Mobile Security Technologies