FEMA’s Emergency Management Institute trains about 30,000 people in person at its Emmitsburg, Md., campus each year, and another 1.9 million yearly via online classes. Recently, it added video teleconferencing to its educational toolkit, allowing interaction with local responders across the country.

“The introduction of the commercial, consumer technology that we have on our phones today helped expand VTC’s reach outside of the organization to society in general,” says Russ Colbert, a member of the Federal Government Distance Learning Association’s executive committee and a manager at Cisco. “This is technology that lets you reach the people you serve where they are.”

In the early years of video teleconferencing, back in the late 1980s, the technology was clumsy and expensive; it often required specialized operators and came with a per-minute cost.

“The technology was very poor, but it worked,” Colbert says. “In the past, we called it a ‘corporate toy.’”

But today, with refined standards and protocols, automated critical functions and reduced costs, VTC is no longer an expensive mark of status, but rather a critical tool used across the federal government.

DOWNLOAD: Find out how your agency can take advantage of digital workspace tools in this CDW Insight Report!

FEMA’s Emergency Management Institute is located about halfway between Harrisburg, Pa., and Washington, D.C. But with VTC technology, the institute has expanded its reach far beyond its rural location. 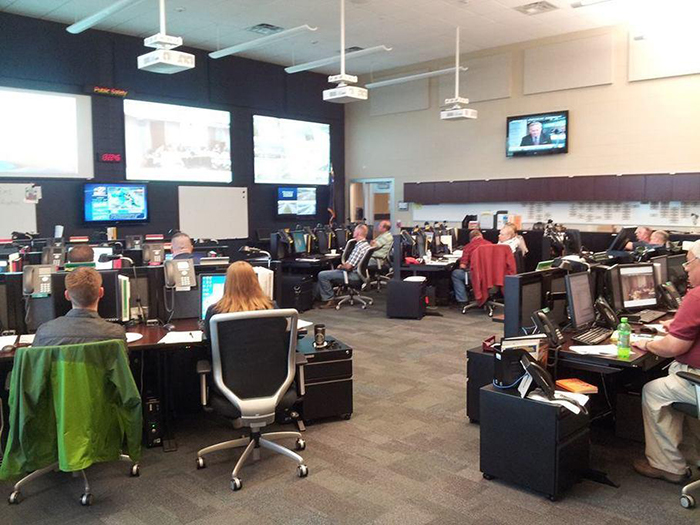 While the VTTX program initially focused on events caused by vehicles and weapons, it has since expanded to address other disasters as well. Topics offered in 2018 have ranged from hurricanes and earthquakes to cyberincidents, dam failures and more.

During the session, key personnel from emergency operations centers at all levels of government, as well as private sector community partners, from across the U.S. and even internationally gather virtually to discuss simulated scenarios.

A VTC unit can be used, but sites can also tap into the programming with nothing but a video-capable laptop and compatible software; VTC capabilities of all participants are assessed as a part of the slating process for each exercise.

“It gives them a platform to discuss current plans, policies, training and command procedures,” Allah says.