The federal government needs more cybersecurity workers, and it wants to look internally for them.

Of the 300,000 cybersecurity positions open in the U.S., about 13,000 are in the public sector, according to CyberSeek, a National Initiative for Cybersecurity Education online tool that collects employment data.

In the wide-ranging government reorganization plan released in June, the Trump administration emphasized that agencies should maximize the potential of the existing federal workforce to get more cybersecurity talent. “This includes efforts to reskill employees whose skills have become less relevant due to automation,” the report states.

The Office of Management and Budget, the Department of Homeland Security and the Office of Personnel Management were tasked with building “aptitude and skills assessments to identify and select” current government employees “who can be reskilled to fill critically-needed cybersecurity jobs.”

The relevant agencies are moving ahead on those plans, but it seems as though the reskilling initiative is going to be a long-term project.

Margaret Weichert, the deputy director for management at OMB as well as the new acting director of OPM, said earlier this month at the Imagine Nation ELC 2018 conference in Philadelphia, said OMB knows that “we need the people here in government, particularly the people who have the desire to be here,” according to FedScoop.

OMB wants to use initiatives like the proposed Government Effectiveness Advanced Research Center, a planned public-private partnership designed to spur actual IT modernization projects, to help the government determine how to give federal workers new skills. OMB expects to begin formally setting up GEAR in 2019.

“If I need data architects, data scientists and cyber experts, how do I get those?” Weichert said. “Well, private sector experience suggests that it’s always cheaper and more effective to train your own. Acquisition of new talent is expensive and risky.”

The government will need to forge better partnerships with academia and the private sector to help reskill employees, and Weichert said programs like GEAR can help by bringing in academics who can offer best practices and help test new ideas. 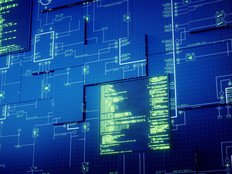 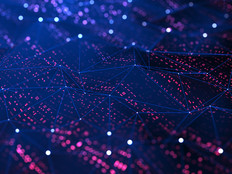