Agencies are charging ahead with IT modernization, both in terms of new ways of approaching procurement and by embracing emerging technologies. According to a recent survey, feds believe that the government is at a tipping point for modernization. However, there is a disconnect between that feeling and what agencies are doing to prepare the way — and the federal workforce — for more advanced solutions.

That is one of the key takeaways of a new report, “Reimagining Government IT: An exploration of shared visions and challenges from IT’s biggest players,” which is based on a survey of more than 300 federal finance, IT, and procurement decision makers on IT modernization progress and challenges.

The survey, from ACT-IAC and MeriTalk, found that 94 percent of feds have felt a shift in momentum toward the future state of federal IT, and 53 percent say it has been significant. Further, 76 percent expect their IT modernization budgets to increase in fiscal year 2019, and 69 percent agree their agencies are tackling IT modernization in a more integrated, holistic way than ever before.

Yet current agency priorities may not be helping the government capitalize on that momentum, the survey found. Training and workforce development are at the very top of the list of things respondents say are needed to make their vision of modern government a reality, but empowering a modern workforce is not one of their top three priorities. And just 28 percent of feds feel very confident in the way their agencies are preparing employees for the future of government IT, including only 16 percent of IT pros who feel that way.

MORE FROM FEDTECH: Find out how agencies can overcome technical debt and replace legacy systems!

Feds See Momentum for IT Modernization

Several pieces of legislation and actions from the Trump and Obama administrations have spurred IT modernization, the survey found, including President Trump’s cybersecurity executive order, the Obama administration’s Cloud First policy, and the Modernizing Government Technology Act, which was tied with the Federal Information Technology Acquisition Reform Act.

According to the survey, 76 percent of feds (including 72 percent of IT pros) expect their IT modernization budgets to increase in fiscal year 2019, including one in five who predict an increase of more than 10 percent. Agencies say the majority of their high-value assets are in need of modernization, the survey found.

What are the most important technology tools for the future of federal IT? The survey found that cybersecurity, data management, infrastructure improvements, and advanced analytics are the top solutions, followed my automation, cloud and shared services.

To take advantage of these tools, survey respondents say their agencies need to improve threat detection, intelligence, and management (51 percent), invest in modern architecture as a foundation for digital transformation (42 percent), and reduce network complexity through automation and reusable solutions (39 percent).

Why Workforce Development Is Critical to Modernization

Feds say training and workforce development are most needed to achieve modernization, followed by a better understanding of IT needs and requirements and a clear vision of IT success.

While feds say investing in their employees is a critical step in the modernization process, just over a quarter feel very confident in efforts by their agencies today. Fully 85 percent agree that the government “can’t have modern technology without a modern workforce.”

The report recommends agency leadership must “recognize this gap, realign priorities, and partner with HR to execute their vision and effectively prepare employees for the future of government IT.” 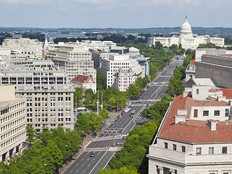 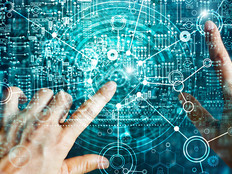 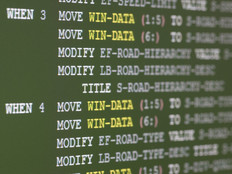