In the world of intelligence, nothing occurs in a vacuum. Threats to U.S. national security are growing in number, range, speed and complexity, according to CIA CIO John Edwards, and the speed and volume of information the agency encounters and analyzes are also increasing.

To respond to its adversaries and stay ahead of them, the CIA needs to use technology to make sense of the data it collects faster than ever before. That will involve changes to CIA’s technology solutions and its workforce, he said.

“Data is the new tip of the spear,” Edwards said during a speech Dec. 4 at the FedScoop Public Sector Innovation Summit in Washington, D.C.

“Increasing the edge over our adversaries, our operational advantage will be determined by the speed at which we sense, collect, ingest, condition, analyze and characterize data of the representative threat,” he added.

“Computing at the edge, the point of mission execution, is increasingly important,” Edwards said. “This is particularly true for the CIA given the high operation tempo at the mission edge and the digitally immersive environments in which we operate.”

MORE FROM FEDTECH: Discover why the CIA has taken an approach to its tech akin to McDonald’s franchises.

The intelligence community has unique data requirements in terms of format and fidelity, Edwards said, noting that the variety of data intelligence that agencies collect is vast and “much broader” than most companies. The intelligence community must rationalize “massive, unstructured” data sets that are collected from different sources and in different forms. Adversaries also seek to feed false information to agencies like the CIA. “The data sets are probably among the most complex in the world,” Edwards said, and mistakes in data collection and analysis can lead to loss of life or damage to U.S. national security.

The old approach of agencies like the CIA to collect data, analyze it and produce intelligence reports cannot keep pace with the needs of policymakers, Edwards said. “Speed is necessary,” he said.

For most of history, intelligence services collected scarce amounts of information. Now, the task is to find meaning in large volumes of data to solve questions intelligence agencies have. The CIA can use several decades of social science work to apply models and make forecasts about the data it ingests, Edwards said.

However, the CIA also needs to be able to detect subtle shifts and discontinuities in the data it collects from sensors and human intelligence sources that may lead to disruptions and require new policies.

To be able to do that, the CIA needs to tap artificial intelligence and machine learning tools to sift through large volumes of data and enable high-level human cognition on the part of its analysts. Such analysts need to be able to think independently and assess information with rational detachment. “There’s not an app for rational thinking,” Edwards said.

Edwards mentioned the Intelligence Community Information Technology Enterprise, which is a platform of nine shared services, from security to networking, email to virtual desktops, all delivered via a private cloud. The intelligence community is moving ICITE to a common reference architecture model, which will address the need for a unified technology platform while giving users in the intelligence community a degree of flexibility to use technologies that make sense for their particular agencies.

At the CIA, targeters, analysts, developers and data scientists are working together and bringing together data in ways that have never been done before, an approach that has “produced amazing results” for the agency, Edwards said.

Edwards stressed the need for agile acquisition vehicles that would allow the agency to keep pace with the speed of commercial innovation and help the CIA avoid being locked into proprietary technologies.

Additionally, Edwards returned several times to the importance of people, which he called the CIA’s “most important resource.”

“We need to broaden and deepen the digital acumen of our workforce,” he said. “This means a combination of elevating the digital proficiency of the broader workforce to help them apply the power of data and data analytics to their missions as well as deepening the skills of the digital workforce to develop applications of value.” 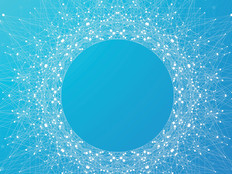 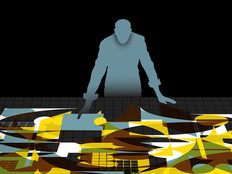 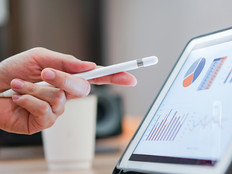 Microsoft, HPE Team Up to Bring Edge Computing to Space