Aircraft carriers can be busy, dangerous places. As the Office of Naval Research notes, catapult systems can remove limbs, furious engines are roaring, and sailors must contend with whipping propellers and high winds. All of that is happening as sailors and airmen help jet planes take off and land on a floating landing strip in the ocean.

Flight deck crews on aircraft carriers perform a carefully choreographed ballet of movement to launch and recover planes safely, but in order for that to happen amid an atmosphere of controlled chaos, these crews must be highly trained. Until recently, according to ONR, flight deck crews could only conduct training while on the job. Now, however, they can do so through virtual reality, training for complex scenarios without putting anyone in danger.

The Navy late last year launched a VR training program for flight deck crews on aircraft carriers. The simulator uses not just VR but also gesture recognition and touchscreens for controls and ship systems, according to Federal News Network.

“Having training available where we can actually practice and repeat activities as a team or as an individual or a team of teams helps us simulate the very dangerous environment in a safe location,” Courtney McNamara, Naval Air Warfare Center Training Systems Division’s advance gaming interactive learning environment team lead, says in an interview with Federal News Network. “Our new technology helps them simulate that in a safe location. It also helps them practice in emergency conditions that normally can’t be done on the real ship.”

MORE FROM FEDTECH: Discover how VR can enhance military training and treat trauma.

The VR training program is the result of a collaboration between the Office of Naval Research Global TechSolutions program and the Naval Air Warfare Center Training Systems Division, and is known as the Flight Deck Crew Refresher Training Expansion Packs (TEPs). The system is “an expandable framework of game-based immersive 3D technologies that allows for individual, team or multiteam training events,” according to ONR.

According to Federal News Network, the simulator technology looks like something out of a video game arcade, with a panoramic screen and radio communications technology that sailors can use to communicate with one another.

“Having a simulator that allows us to tie the full flight deck team with all the key decision-makers, supervisors, catapult crew and watch stations together — and train in a virtual environment — is just fantastic,” said Cmdr. Mehdi Akacem, Air Boss on the Navy’s newest aircraft carrier, the USS Gerald R. Ford, said in a statement.

TechSolutions is ONR Global’s rapid-response science and technology program, and it develops prototype technologies to address problems voiced by sailors and Marines, usually within 12 months. The idea for the VR training came from an LSO instructor at Naval Air Station Oceana, according to ONR.

“All of the ship systems, characters, flight deck crew characters and team members can be both driven synthetically or by live players,” McNamara said in a statement. The training simulates real-world environments, and even the flight patterns that occur during the simulations are based on real flight patterns conducted by pilots.

“We can simulate weather conditions, we can simulate all of the ship systems themselves so that all of the proper data and information is getting to the trainees so they can make good decisions,” McNamara tells Federal News Network. “We are also using real aerodynamic data for the aircraft through a partner organization.”

The simulation is currently being used by sailors, and the catapult simulation replaced the trainer of record at Joint Base McGuire-Dix-Lakehurst, according to Federal News Network. The two other programs are being used at the Landing Signal Officer Schoolhouse at Naval Air Station Oceana, and the Navy is exploring which other locations can use the simulator.

“We had over 50 fleet members from five different carriers and two different schoolhouses throughout the entire process,” McNamara tells Federal News Network. “We’ve had fleet feedback not only as part of the design, but part of the review of the system from day one. There’s a real interest in seeing this move forward quickly. There’s a desire to train on it yesterday.” 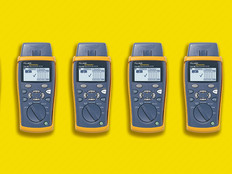