Federal agencies are turning to creative methods to attract cybersecurity workers from outside the government. But they are also now working to grow the cyber workforce from within.

In late November, the Office of Management and Budget, in coordination with the federal CIO Council and the Education Department, launched the first Federal Cyber Reskilling Academy (FCRA) pilot program. The program is designed to give non-IT workers cybersecurity and technology training and is part of a broader training push OMB will roll out this year.

“We have a critical shortage of qualified cybersecurity personnel, and it’s incumbent on us to develop those capabilities,” Federal CIO Suzette Kent said in a conference call with reporters in late November, according to Federal News Network.

Of the 300,000 cybersecurity positions open in the U.S., about 13,000 are in the public sector, according to CyberSeek, a National Initiative for Cybersecurity Education online tool that collects jobs data.

“It’s an opportunity to provide them with the necessary training to actually qualify as cyber defense analysts,” Kent said, according to Federal News Network. The academy is aligned to the President’ Management Agenda and government reorganization plan, which have the goal of creating a modern federal workforce, Kent added.

MORE FROM FEDTECH: Discover how to find cybersecurity workers in unexpected places.

Federal Cyber Academy Will Kick Off in March

The FCRA is accepting applications for the first cohort of students through Jan. 11. Applicants will need to conduct a cybersecurity skills assessment, and the academy will start notifying the students who have been accepted at the end of February. The first training course will run from March 11 to June 2.

The curriculum will start with a cybersecurity essentials course that begins with an onsite workshop, followed by four weeks of follow-on learning, exercises and exams, according to Kent’s office. Students will then attend a “boot camp” course live for six full days, followed by two weeks of study and a certification exam. Students who successfully pass the certification exam move on to the final course, which follows a similar timeline, according to Kent’s office.

Additionally, FCRA participants may complete extracurricular activities and exercises to enhance their learning and skills development, such as online games, cyber competitions and other activities. Participants will receive career mentorship and soft skills guidance to help them prepare for redeploying into the cybersecurity workforce, according to OMB.

Patriot Strategies and the SANS Institute will partner to assess, train and certify federal employees for the academy.

According to the Washington Post, the first cohort will only have 25 students, but Kent tells the Post that the first class is merely a “first step” for the wider program.

OMB Aims to Offer Feds New Cyber and IT Skills

As the Post notes, the Office of Personnel Management recently allowed agencies “to use shortcut hiring procedures in many cyber fields.” However, Kent tells the newspaper that moving existing employees into those roles “lets us take people who have gone through the process and in a short time get them ready for a different type of contribution, a contribution that we need.”

“There are many jobs that are evolving and changing, and this is a channel for us to keep those individuals engaged in the federal workforce,” Kent tells the Post. “There are many who maybe didn’t have the opportunity to enter into this field at whatever point they transitioned into the federal government. This is a really unique opportunity to get skills and have your employer invest in building those skills.”

The academy is offered at no cost to students, but feds must get their supervisors’ approval for participation and must comply with their agency’s specific policies related to training. While some supervisors may be wary of losing employees to new roles, Kent tells the Post that has not been a concern and that agency officials are “very supportive of this as a way to keep great employees who understand the mission and who are a part of the federal workforce. That individual may end up staying in that agency, just in a different role.”

According to Nextgov, the initial pilot is just one of several planned for 2019 to boost federal workers’ skills. The publication reports:

In the spring, officials plan to announce a second program that will train current IT professionals in areas where the government currently faces talent gaps, Kent said in a conversation with reporters. Later in the year, OMB will also kick off a course to train government IT specialists in robotic process engineering and another to groom promising tech professionals for future IT leadership roles, she said.

“This one is specifically aimed at people who are not in IT, but they have a lot of the qualifications that would lead us to believe they could be very successful in a cyber role,” Kent tells the Post. “We’re going to set how we go forward based on the outcome of this first pilot. The hopeful outcome from this is that we have proven this to be one of the tools that will work to build our cyber workforce.” 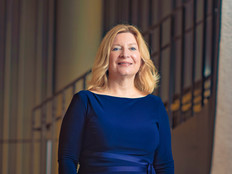 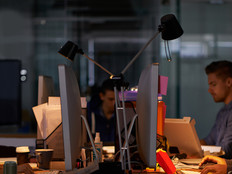 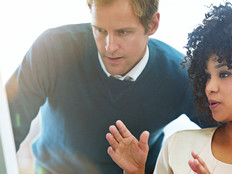