About 2 million civilian employees and another 2 million active- and reserve-duty service members work for the federal government, a wealth of talent and abilities and experience for agencies to draw upon.

But with these workers spread across the U.S. and around the world — nearly 80 percent of them outside the Washington, D.C., area — it’s difficult to know exactly where the people best qualified for a new project might be located. When it comes to new IT projects, locating the best workers in a competitive market can be doubly difficult.

Talent analytics may hold promise for agencies strapped to fill cybersecurity and IT jobs. Using analytics to examine existing human resource data can uncover workers with hidden skills or abilities who may not have been noticed otherwise. For example, do you need someone who can handle forensic IT investigations? Look for an employee with law enforcement experience and train him in the cyber aspects of the job.

The Government Accountability Office has long reported on the need for this kind of talent evaluation and, in March, published a list of key strategies that agencies can use to find and retain the right workers. Among them: ensuring that hiring strategies align with the agency’s mission; expanding the pipeline of prospective workers; increasing awareness of benefits and other nonmonetary incentives; and giving workers more ownership in their jobs.

The Treasury Department is one of the agencies implementing skills and talent inventories in order to find the right workers for the right job; the agency told the GAO that this would have been helpful during the peak of the Puerto Rico debt crisis, in order to find workers with “the necessary skills to manage the crisis.”

This year, the Army is deploying the Army Talent Alignment Process for officers, collecting information on individuals’ knowledge, skills, behaviors and preferences in order to match them with the correct assignments. The process is supported by the Assignment Interactive Module, or AIM 2.0, a web-based talent management portal.

“Similarly, units are able to share detailed information about each of the jobs in the marketplace,” he added. “This increased transparency and knowledge facilitates the assignment of uniquely talented officers to units with specific requirements.”

The AIM 2.0 portal will eventually be incorporated into the Integrated Personnel and Pay System-Army, powered by Oracle PeopleSoft and currently in testing with National Guard units across the country.

MORE FROM FEDTECH: Learn how the Army is upgrading its outdated pay and personnel system.

How to Beat Amazon at Its Own Hiring Game

Agencies have already found that competing with private sector firms for young workers is a tough row to hoe, given the higher pay available in the private sector. And there’s a new competitor for federal human resources officers in the Washington, D.C., area — Amazon, whose HQ2 is already under construction just across the Potomac River in Northern Virginia.

Process modernization, in this case, is as important as actual technology modernization. Collecting information through talent management systems — electronically, and in far more detail — enables an agency to note patterns within its workforce’s talents and better utilize its employees.

The government must continue to pursue the same top candidates chased by the private sector, but as a backup, agencies can turn to data analytics to better utilize the workers they have. 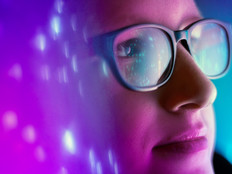