5G wireless networks are no longer theoretical. At the end of 2019, T-Mobile’s 5G network covered about 200 million people nationwide, Verizon had 5G coverage in 31 cities and AT&T had coverage in 19 cities. Those milestones do come with some caveats: T-Mobile’s deployment runs on the 600-megahertz wireless spectrum and AT&T’s runs on the 850MHz spectrum, meaning that speeds are not as fast as Verizon’s high-band millimeter wave spectrum 5G. However, high-band spectrum has limited coverage and cannot easily penetrate buildings.

With all of this activity, the federal government is taking notice. Agencies that rely on mobile connectivity are exploring 5G as they seek to take advantage of the new generation of technology’s benefits.

5G can also cut latency to milliseconds (latency is any kind of delay that happens in data communication over a network). 5G is designed for mobile networking, Internet of Things and high-performance industrial control systems.

MORE FROM FEDTECH: Keep an eye on trends in federal IT in 2020.

Both defense and civilian agencies are interested in 5G. The DOD announced plans this past fall to test 5G at Joint Base Lewis-McChord, in Washington state; Hill Air Force Base, in Utah; Naval Base San Diego in California; and the Marine Corps Logistics Base in Albany, Ga.

In December, the DOD released four draft requests for proposal through the National Spectrum Consortium, a research and development collaboration among government agencies, industry and academia. As RCR Wireless reports, the projects include two smart warehouse and asset management projects, dynamic spectrum sharing and an augmented reality/virtual reality project. As SIGNAL magazine notes, there are several potential niche use cases for 5G for the military to use at bases, given the lower range of the millimeter wave spectrum . These include the ability for sensors, cameras and other equipment to run on 5G and enable perimeter security.

Meanwhile, on the civilian side, 5G can enable a wide range of services, such as the ability to create pop-up networks, enabling local connectivity and forging communication links between first-responder teams; more precisely track drivers and packages; and more easily stream data-rich, high-resolution images.

Bill Zielinski, the assistant commissioner of the Office of Information Technology Category at the General Services Administration has said 5G will help bring the Internet of Things to “every level of government,” Federal News Network reports.

5G enables far greater network density than 4G LTE networks. An LTE cell tower can handle around 2,000 simultaneous connections, but 5G specifications call for a minimum of 1 million connections per square kilometer. That increase in connections comes with an increase in cybersecurity concerns as new threat vectors are opened dup.

“As we roll out this revolutionary technology, we need to consider and understand the risks that we haven’t before. … We have some opportunities here to think very differently about how we put in place our network infrastructure and telecommunications in the future, but we have to have that lens of security to go along with it,” Zielinski said a 5G symposium led by GSA and the Advanced Technology Academic Research Center.

The DOD and several civilian agencies, such as the State Department and the U.S. Agency for International Development, operate outside of U.S. territory. If they aim to use 5G networks abroad, they will need to make sure that their 5G devices can run on networks that have been set up in foreign countries, and that those devices have the appropriate chipsets and radios to operate on the spectrum bands available for 5G in those countries. Without those capabilities, 5G networks agencies are using at home will not be useful abroad. IT leaders need to address these concerns.

Another key concern that agencies need to deal with is that government won’t have direct responsibility for addressing the security of 5G networks. Wireless carriers will be responsible for network security, and agencies will need to work closely with them, especially for mobile packet core security.

Allen Hill, director of GSA’s Office of Telecommunications, said at the October symposium that 5G will enable innovation but that cybersecurity must be addressed. Agencies need to be thinking through their mobility needs and network security concerns. “We want agencies to come back and say, ‘These are my concerns, these are my thoughts, these are my needs. This is where we need to go with 5G as an agency,’” Hill said, according to Federal News Network. “We at GSA are going to take that information, pull it all together and provide it back to industry and say, ‘Help us solve our federal government needs.’”

The GSA has worked “hand in hand” on 5G security standards with the Department of Homeland Security’s Cybersecurity and Infrastructure Security Agency, as well as the Nation Institute of Standards and Technology and the DOD.

“5G is an opportunity for us to collectively pull all our needs together, provide it to industry in one fashion … and make sure that as technology is being brought on board, that it’s secure, that it’s providing the types of service that our war fighters can actually execute their mission and defend our nation, and our public servants can sit there and provide services to the American people,” Hill said.

5G is the future, and it’s arriving sooner than you think. But agencies need to ensure that the new networks have appropriate security controls in place. 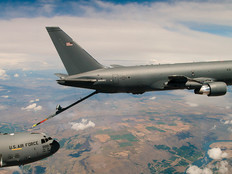 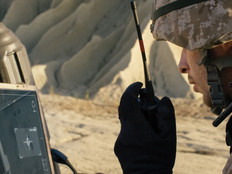 What Elements Are Needed to Make Zero Trust a Reality?