For the past decade, and certainly in the past few years, IT modernization has been the major buzz when it comes to government technology. It is a constant topic of conversation and an ever-evolving picture as agencies move services to the cloud, adopt artificial intelligence and more.

However, aside from the occasional release of a strategic IT plan and regular hearings on agencies’ progress on fulfilling obligations of the Federal Information Technology Acquisition Reform Act, there are not many opportunities to get up-to-date glimpses into how agencies are doing when it comes to modernization. It’s especially important to understand how agencies are modernizing their systems, since the coronavirus pandemic has exposed some shortcomings in certain federal systems.

Thanks to Sen. Maggie Hassan, D-N.H., there’s a little bit more clarity. In June, Hassan sent letters to 10 large federal agencies — the departments of Treasury, Homeland Security, Defense, Interior, Education, Health and Human Services, Transportation, the Office of Personnel Management, the Small Business Administration and the Social Security Administration — on how agencies are modernizing to prepare for another crisis.

READ MORE: Find out how agencies have been using the Technology Modernization Fund.

“I write to urge you to work together to modernize the [department’s] information technology systems in order to improve security, increase efficiency, and reduce wasteful spending associated with the maintenance of legacy IT systems,” she wrote in the letters. “As the amounts spent to operate and maintain existing systems increase each year, government-wide investment in major IT projects is declining.”

Seven of the 10 agencies contacted had replied as of early August, Nextgov reports. Some of the agencies outlined their plans to upgrade legacy IT systems that the Government Accountability Office identified as most in need of modernization. Others also detailed their network upgrade and cloud migration plans. 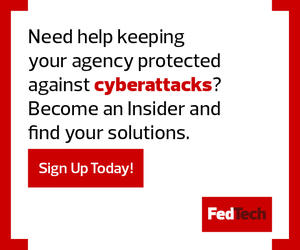 In response to Hassan’s letters, the departments of Defense, Education, Transportation and Homeland Security responded with their plans, as did the Small Business and Social Security administrations. Additionally, OPM sent prepared testimony from the Aug. 3 FITARA scorecard hearing in response.

In regard to the systems the GAO identified, the Education Department said it plans to release a new solicitation this fall to modernize the Federal Student Aid system, according to Federal News Network. The system is 46 years old, and the GAO considers it a high risk to mission and cybersecurity. The agency plans to release an updated system by October 2022.

Similarly, the Pentagon told Hassan that in June the Air Force had finished updating legacy systems responsible for the management of supplies and equipment for warfighting missions.

And the Transportation Department said it will replace System 7, a Federal Aviation Administration registration solution whose name is undisclosed for security reasons, by 2022, according to Nextgov.

The DOD detailed its plan to shift to the cloud. “We expect cost to shift from legacy hosting and data center models to modern cloud based digital infrastructure, with a target of 9% of total IT spending dedicated to cloud services by FY2025, up from 3% in 2022,” DOD CIO Dana Deasy wrote in his letter.

Over the next few years, the Pentagon is also working on updates to systems to provide “enterprisewide automated patching and endpoint monitoring” capabilities to “enable the provisioning of trusted patches in a timely manner, enhance situational awareness, and provide improved visibility tools.”

The Education, Homeland Security and Defense departments also mentioned the need for Congress to authorize working capital funds to help them upgrade IT.