Hampton VAMC's DeAnne M. Seekins and Kevin Marlowe are using mobile devices such as iPads to extend access to VISTA, the backbone of VA's health IT infrastructure.

Those results reflect the commitment of VA to improve patient care and also cut costs through the use of health IT such as e-prescriptions, electronic health records (EHRs) and computerized physician order entry (CPOE).

"It's hard to find a piece of paper inside a VA hospital," says CIO Roger Baker.

VA uses prescription barcoding for its outpatient prescription processing. The department creates a unique barcode for each medication prescribed to each patient, which is used to track a prescription order from the physician to the pharmacy, then to VA's administrative personnel.

Healthcare professionals who administer medication in a hospital also use barcode scanners to check the barcodes on both the prescription and the patient's wristband identification before the patient can receive the medication.

The backbone of VA's health IT infrastructure is the Veterans Health Information Systems and Technology Architecture. VISTA provides a graphical interface for healthcare professionals to use EHR, CPOE, barcode medication administration, nursing orders, and clinical guidelines and alerts.

VISTA, previously known as the Decentralized Hospital Computer Program, took shape in the 1970s and grew to include numerous applications. Most VISTA systems are based on the open-source Massachusetts General Hospital Utility Multi Programming System (MUMPS) programming language. Private healthcare providers such as Kaiser ­Permanente have also adopted their own versions of VISTA.

VISTA's open-source roots paved the way for the implementation of the Virtual Lifetime Electronic Record (VLER), the government's vision for complete veteran EHR integration across the Defense Department, VA and the private sector. The VA Medical Center in Hampton, Va., is one of the facilities conducting a pilot program to achieve the three-way exchange of EHRs.

The integration of various EHR platforms (such as the Defense Department's AHLTA platform, VA's VISTA and commercial platforms such as Epic) was possible because all used the MUMPS programming language, says Hampton VAMC CIO Kevin Marlowe.

"VLER is a read-only capability. So once all three platforms agreed to function in a common format, we were able to integrate," Marlowe says. "But importantly, the provider never sees that. He just sees the EHR."

The agencies that use VLER expect it to ease the transition that military personnel make to civilian life. And because half of all care provided to VA patients occurs outside VA facilities, this integration is crucial for providing continuity of care for veterans.

DeAnne M. Seekins, director of Hampton VAMC, says that the "next evolution of VLER will see imaging, specialists, procedures and the discharge summary, striving for a seamless exchange of all aspects of EHR across all platforms."

VA has sought to make VISTA accessible to a variety of devices. Not only can it be accessed via the HP computers at facilities such as the Hampton VAMC, but users can also employ mobile
devices such as iPads, smartphones and BlackBerrys.

"We're platform-agnostic," says Dr. Paul Nichol, VA's national director of medical informatics, who is based at the Puget Sound (Wash.) VA Health Care System. "It's very important that we're not restricted by platform."

Want to know more about VA's use of digital imagery? Visit fedtechmagazine.com/
1111VAdigital.

Such flexibility takes on added significance now that VA has implemented a pilot to use 100 iPads in its health system.

Security concerns were a challenge for this program, Baker says. "We need to figure out how to mitigate the risks," he says. "What's on the device? What are the protocols? We need to figure that out before connecting it to our servers."

Training health professionals to use the devices has been far simpler.

"People are already using them anyway," Baker said. "We train 90,000 health professionals every year. When you're training doctors, a lot of them in their late 20s, you're already expecting people to use those sorts of devices."

The use of telehealth technologies has helped Veterans Affairs Department hospitals extend the reach of their patient care.

When getting to a clinic or hospital becomes difficult for elderly or disabled patients — or those who simply live far away — telehealth helps bridge the gap. The system lets patients meet with doctors from their own homes via video conferences and provides healthcare professionals with the ability to remotely monitor patients' blood chemistry, blood pressure and other metrics.

Patients also can drive to telehealth clinics that are closer than traditional clinics or hospitals. Staffed by nurses, these facilities offer doctors many remote capabilities for treating patients from afar — for example, listening to a patient's breathing and heartbeat through a stethoscope that transmits information over the web, examining a patient's ear canals with a fiber-optic otoscope and observing a patient's skin with a high-definition camera.

VA currently has 50,000 patients enrolled in its telehealth programs, which CIO Roger Baker says increases the health of patients because they receive more regular care.

"A patient is more likely to make and keep appointments if you don't have to drive four hours," Baker says.

Twelve Veterans Affairs Department medical centers and regional networks are among those dubbed the "Most Wired." 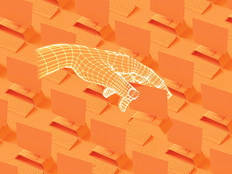