To interact with a computer, users generally type on a keyboard, swipe their fingers across a screen or speak a voice command. What if, instead, the machine simply responded to their thoughts?

Researchers at the University of California, San Diego have spent years developing a portable cerebral monitoring device that when wrapped around the head — similar to a virtual reality headset — can allow users to control a computer by simply thinking what they want the machine to do. Specialized software enables this headset to interpret brain activity, translating it into commands.

“These are the early days for neurotechnology, and there is yet much to discover,” says Tim Mullen, a Ph.D. graduate of the university who is developing the software. “The rate of scientific and technological progress in the field is rapidly accelerating. We want to push this progress into practice, bridging the gap between emerging sensor hardware, neuroscience research and practical real-world applications.”

While still in an experimental phase, the device shows promise for a new kind of human-machine interaction. Commercially, such an interface can allow users to control a computer without the need for a mouse, keyboard or touch screen. It also could enable people to interact more directly with games and other software. And beyond that, the applications are far-reaching. Such advances in brain-computer interfaces might even help the disabled to steer a wheelchair or control a robotic arm, the researchers suggest.

Blazing a Path in Neurotechnology

Mullen and Mike Chi, another doctoral candidate at UCSD, have started their own businesses around neurotechnology and the growing field of neuroscience. Chi now works as chief technology officer of Cognionics, a San Diego–based company that developed a headset that monitors brain activity. The device tracks brain waves using neuroimaging systems and dry electroencephalography (EEG) sensors that send results to a nearby smartphone.

Doctors have used EEGs to study brain activity for more than 100 years. In that time, though, the technology remained relatively stagnant. With the conventional EEG system, doctors used gels, electrodes and wires to connect a patient to an EEG in a hospital or office. Unfortunately, this limited the number of places a test could be conducted. Now, Cognionics’ wireless, dry neuroimaging head gear stands to amplify the number of use cases.

Mullen’s company, Qusp, has developed software that reads and analyzes the brainwave data gathered on Cognionics’ headset. Qusp’s NeuroScale software, currently in testing, is a cloud platform that Mullen says delivers continuous, real-time interpretation of brain and other physiological signals through an application programing interface.

Mullen says NeuroScale features a variety of signal processing and machine learning algorithms that interpret brain signals. By mapping these signals, researchers can use them to operate a computer simply by thinking it.

What the Future Holds

For now, Mullen and his team want to use the headset technology to get EEG readings that can be quickly interpreted. Qusp engineers have created a middleware platform that developers and researchers can use to build applications that solve practical problems for medicine, neuroscience and psychology.

For example, Mullen says emergency medical technicians could connect the headset to a patient at the site of an emergency. It would then send data to a device that might give first responders analytics that could guide initial treatment. Another conceivable application involves helping a doctor remotely monitor a patient’s brain activity in real time — even on a mobile device.

When paired to the headset, interactive apps that analyze specific changes in the brain could help psychological disorders, such as attention deficit hyperactivity disorder, anxiety or depression, attest both Mullen and Chi. These apps could train the brain to think differently and possibly reduce the effects of these conditions in some patients. “We believe medication will always be needed,” Yu Chi says. “But over time, these neurologically based games could help people rewire their brains so they become less dependent on medication.”

But the medical applications Mullen and Chi discussed will require approval from the Food and Drug Administration, a process that could take years. In the meantime, the two companies continue to pursue solutions in the consumer and research markets.

Additional consumer-facing applications for these headsets might someday include a number of different functions, from novel forms of interactive entertainment to new ways of interfacing with the Internet of Things, such as smart homes, workplaces, mobile devices and even vehicles that respond to a user’s mental and physical acuity. 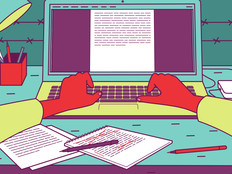