Coming soon to the federal government: better management of agency software inventories. At least that’s the goal of a recently passed federal law, which will push agency CIOs to more accurately track the various pieces of software and applications under their purview.

On July 29, President Obama signed into law the Making Electronic Government Accountable By Yielding Tangible Efficiencies Act of 2016, better known as the MEGABYTE Act. The goal of the law is to make federal software spending and usage more efficient.

MEGABYTE’s passage comes on the heels of the Office of Management and Budget (OMB) issuing a guidance in early June to curtail inefficient software spending. The guidelines are designed to increase the number and use of governmentwide software agreements and improve software license management practices.

As FCW reported: “Software is getting the category management treatment from federal IT and procurement leaders. The White House is directing agencies to pick chief software managers, inventory their existing software licenses and look ahead to a more unified government approach to software acquisition.”

Why is all of this needed? A Government Accountability Office report from May 2014 found that, of the 24 major federal agencies, just two had comprehensive policies for managing enterprise software license agreements, 18 had policies but were not considered comprehensive; and four had not developed any policies.

Jim Ryan, CEO of Flexera Software, which provides software licensing, compliance, security and installation solutions for application producers and enterprises, told FedTech in an interview that the software supply chain is “very, very complicated and highly inefficient” by its nature.

Ryan notes that software purchases are difficult to track, manage and optimize, and the process is made more complex as agencies embrace the cloud and virtualization. Often, software companies will acquire competitors, and those agencies might be using duplicate applications, Ryan says, adding that Flexera’s tools help agencies and enterprises figure out which software has already been installed and match that up with what they are contractually entitled to use.

OMB notes that the federal government “spends more than $6 billion on software through more than 42,000 transactions, which results in a fragmented and inefficient marketplace.” Ryan estimates that 30 percent of that figure, $1.8 billion, can be traced to overspending.

Ryan says he hopes agencies will comply with OMB’s June guidelines, which include hiring a dedicated software asset manager. The MEGABYTE Act will require agencies to develop comprehensive software license management plans to establish inventories of software and use third-party technology to track how software is being used.

“There is an opportunity to take a significant amount of cost out of the equation and redeploy those dollars for something else,” he says.

The MEGABYTE Act notes that in the first fiscal year after the date of its enactment, and in each of the following five fiscal years, agency CIOs need to submit reports to OMB on the financial savings or avoidance of spending that resulted from improved software license management.

“We’re curious as well to see how quickly they can move,” Ryan says of federal agencies, adding that he thinks progress can be made fairly quickly. “This is not like a large-scale IT transition.”

With greater visibility into which software assets an agency has, Ryan contends that CIOs and agency procurement experts can make more informed decisions and efficient purchases. With greater information, they will have more power in negotiations. “When you don’t have that, it’s a little bit of a crapshoot,” he says, and the deck is stacked in favor of software vendors, not agencies.

Ryan notes that the downside to unused software — shelfware — is that “if you have $1 million in shelfware out there, that’s potentially $1 million you can remix to get other [pieces of software] from that vendor, or it’s just $1 million to spend somewhere else, because it’s wasted.” 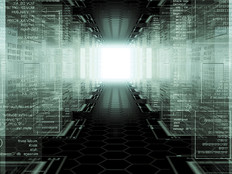 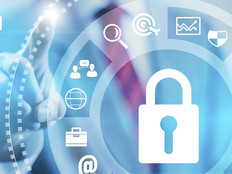