Both Congress and the White House have signaled that agencies should be prepared to modernize their IT systems in 2018. The Health and Human Services Department, led by CIO Beth Killoran, appears ready to answer the call.

Speaking last month at the AFCEA Health IT Day in Bethesda, Md., Killoran said that agencies like HHS cannot adopt the hottest new IT if they do not have modern infrastructure in place, FedScoop reports. HHS's modernization efforts include moving to the cloud, adopting precision medicine and embracing shared services across the department's operating division, among other items, according to FedScoop.

Killoran offered the analogy of a fast car driving on a rural cow path, and asked, "Is it going to go from 0 to 100 in three seconds? Or are you going to lose your transmission in the process?"

The same holds true for the legacy technology that HHS must update, she said. "If we have very large systems that are built on very old capabilities, how can I then just say, 'Yep, we're going to put it in the cloud.' I'm going to take an old thing and put it in a new wrapper," Killoran said. "That doesn't mean that makes the food unspoiled by repackaging it."

For HHS, IT modernization means upgrading the basic building blocks of its IT and then adopting new technologies such as artificial intelligence from there. "We're looking at our infrastructure and our core foundation and how we can better leverage the investments that we're making to enhance our foundation," Killoran said, according to FedScoop.

Instead of merely patching its systems or putting new IT on top of outdated infrastructure, FCW reports that Killoran said at the event that HHS officials are "looking at our infrastructure and our core foundation and how we can better leverage the investments that we're making to enhance our foundation."

HHS, which has 11 operating divisions, houses the personal information of about one-third of Americans and faces 500 million attempted cybersecurity attacks each week, FCW reports, making the integrity of its IT systems critical.

"If you continue to keep using infrastructure without making a needed investment in enhancements, eventually it will break, and the citizen suffers," Killoran said, according to FedScoop. "We can't do that in health IT. Because when the citizens suffer, their quality of life diminishes" — or in the worst case, they could die.

Killoran also said that "our operating divisions ... are all rapidly accelerating to have that harmonious integration of IT with the health capabilities that our citizens need and demand."

With such a sprawling agency, there will undoubtedly be bumps in the road to IT modernization. There are also philosophical differences on how to best bring innovations to different divisions.

At the AFCEA event, Sam Michael, director of automation and compound management at the National Center for Advancing Translational Sciences under the National Institutes of Health, said that HHS should not try to "force a standard configuration" across traditionally siloed groups, even if they're within the same department. "I think you try to standardize what you can, but you don't try to standardize everything," he said, according to FCW.

Steven Hubbard, senior innovation architect and advisor at the Food and Drug Administration, pointed to an inherent tension between standardization and modernization. "Standards are good and they have their place, but as it relates to innovation, I'm always looking to break those standards," he said, FCW reports. 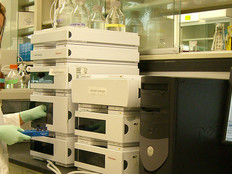 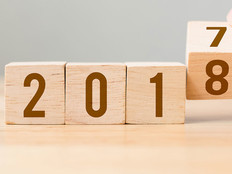