USDA Deputy CIO Francisco Salguero says his agency has consolidated 98 percent of its data centers and wants to go further.

Eight years ago, when the federal government made closing more than half of its nearly 10,000 data centers a priority, the Department of Agriculture was hosting 2,272 of them — second only to the Defense Department. Today, the USDA has just 39 tiered data centers, and it’s expected to shrink that to two.

At 98 percent, the USDA is tops among government agencies in consolidation so far. The agency with the most data centers, still the Defense Department, has closed down 708 of its 3,758, or 19 percent, the second-­highest number of closed data centers.

Overall, the government is about two-thirds of the way to its goal of consolidating 4,477 data centers by Sept. 30, the end of fiscal 2018, according to the most recent statistics on ITdashboard.gov.

Agencies with high consolidation rates or numbers have taken different routes to their goals. They are mostly increasing the use of virtualization and cloud services while migrating to shared services or colocation data centers.

“In the past, our agencies developed their own solutions, but we’ve started to do a better job of partnering with them, and that is helping us achieve consolidation in a much faster and more efficient way,” says USDA Deputy CIO Francisco Salguero. 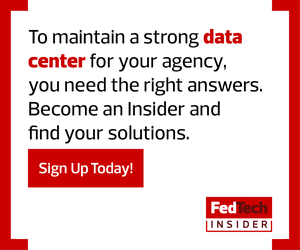 The USDA was able to reduce its data center population because IT leaders within the CIO’s office and the department’s 17 agencies made consolidation a priority, Salguero says.

In 2011, for example, the USDA eliminated 21 separate email systems and migrated its 120,000 employees to Microsoft’s Office 365. The agency also built a private cloud and colocation facility at its National IT Center (NITC) in Kansas City, Mo., providing shared services to internal agencies such as the Farm Service Agency as well as external agencies such as the Labor Department.

Today, the USDA gives its agencies two options to consolidate: migrate to the NITC or to the commercial cloud. The USDA doesn’t mandate one or the other, but enterprise architects from the CIO’s office work closely with each agency’s technical architects to undergo application rationalization. The exercise can help determine whether agencies should retire, replace or modernize their existing apps, and the result determines if apps are cloud-ready.

Options for the apps include moving to a Software as a Service solution, rewriting legacy apps for the cloud or containerizing them. The NITC provides container services as part of its Platform as a Service offerings and allows agencies to migrate legacy apps without having to rewrite code.

“We work closely with agencies and make sure that if they want to move to the cloud, that the apps are cloud-ready. And if they are not cloud-ready, we have an alternative, which includes hosting them at the NITC,” Salguero says.

DOD Shifts Away from Data Centers Providing Local IT Services

The DOD also focused on moving to the cloud and migrating systems to its highly efficient and highly virtualized enterprise data centers. Those are owned by the Defense Information Systems Agency or DOD components such as the Navy or Army, says DOD spokesman Army Lt. Col. Jamie Davis.

Since a May 2017 report by the Government Accountability Office noted that the DOD had closed 708 centers, the department has closed another 207 (for a total of 915) and plans to close another 1,275, Davis says.

One area of focus is installation process nodes (IPNs), which are data centers that provide local IT services to about 250 military camps and stations across the world. The DOD had 511 IPNs in June 2016 and has cut the number to 352, but it wants to consolidate more.

“DOD has ­developed processes and tools to drive down the IPN population,” Davis says. “This takes place by ­performing ­assessments of the systems to determine optimal hosting ­environments, with cloud and ­enterprise data center hosting options preferred over local IPN hosting.”

Many IT organizations that want to shed data centers are taking advantage of more efficient hardware such as converged and hyperconverged infrastructure (HCI), says Mike Leone, senior analyst at Enterprise Strategy Group.

In converged infrastructure, server, storage and networking components work as an integrated unit. HCI combines all those components into a small-footprint appliance, which is easier to manage and more energy efficient.

“HCI has been around for 10 years, but it’s just now hitting the mainstream,” Leone says. “You can deliver a cloudlike experience and get benefits like elasticity and ability to scale.”

“By shifting to virtualization and hyperconverged technologies, we have significantly reduced our physical footprint, reduced operating costs and capital expenditures and improved our flexibility in managing on-premises and hybrid cloud resources,” says David Harrity, GSA’s associate CIO for enterprise infrastructure and operations.

The GSA takes advantage of commercial cloud providers approved by the Federal Risk and Authorization Management Program (FedRAMP), but for on-premises needs, the agency moved its workloads to two colocation and shared-services facilities: the Environmental Protection Agency’s National Computer Center in North Carolina and NASA’s Stennis Space Center in Mississippi.

GSA closed one of its two remaining agency-owned tiered data centers during this fiscal year and will shut down the last one by fiscal 2019, Harrity says.

But because the agency has consolidated systems by shifting workloads from small field sites and regional offices to ­distant colocation facilities or the cloud, users have an ever-increasing need for bandwidth, he says.

USDA, GSA Team Up on Centers of Excellence

USDA’s effort to cut down on data centers is part of its effort to modernize IT operations with both cutting-edge technology and a more efficient management structure. The department plans to reduce the number of CIOs from 22 to one, with nine assistant CIOs.

The agency is also the first partner in the Trump administration’s IT modernization initiative, run through the GSA, which involves creating Centers of Excellence (CoEs) in five areas, including cloud adoption and IT infrastructure optimization. USDA will upgrade its IT infrastructure as it builds the CoEs over the next two to three years. Once that process is completed, the department will share its strategies and best practices so other agencies can emulate its efforts.

USDA is already pushing to move apps to the commercial cloud. The agency has built a dedicated network connection linking the department’s internal enterprise network with Microsoft Azure.

The direct link is a private connection that is more secure, reliable, faster and cost-effective. The agency plans to add more direct connections to additional commercial cloud providers in the future, Salguero says.

To further bolster cloud adoption, the USDA may become a cloud broker, so agencies can simply buy commercial cloud services through the Office of the Chief Information Officer.

“Secretary Sonny Perdue has kicked off a concerted effort to make sure the USDA is the best-managed federal agency, and we’ve taken that to heart from an IT perspective,” Salguero says. “We are proud of where we are, but we are even more proud of the Secretary’s vision and where our IT roadmap will be taking us in the near future.” 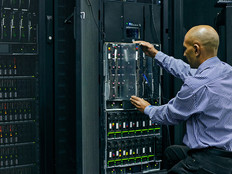