There is little doubt that cloud adoption is increasing across the federal government. Cloud services contract obligations were expected to increase by about 32 percent in fiscal year 2018, reaching an all-time high of about $6.5 billion, according to an analysis by Bloomberg Government.

Another recent bit of research indicates that there is a great deal of enthusiasm for cloud migration among federal IT leaders. However, the survey, underwritten by VMware, Intel and Carahsoft, also found that significant hurdles remain for federal cloud adoption.

According to the “Federal Cloud Readiness Report,” which surveyed 150 prequalified federal government IT decision-makers at civilian agencies in October 2018, two in three respondents said their agencies were ready to move a variety of applications and workloads through advanced stages of Gartner’s 6-stage cloud maturity model.

Meanwhile, 1 in 5 are ready to provision cloud services and/or operate cloud environments at scale to support their agency’s mission, according to the survey, and 6 in 10 report that over the next three years, their agency will invest most in a combination of cloud models: government-only community cloud, public/commercial cloud or hybrid cloud.

Nearly half of IT executives (48 percent) reported that over the next two years, they expect their agency to augment or migrate at least some of their IT infrastructure to the cloud. What is pushing feds to the cloud? More than 4 in 10 IT executives said the biggest internal factors motivating their agency to adopt cloud are to address technical constraints inhibiting IT modernization, improve continuity of operations and increase their ability to perform data analytics.

The strongest external motivator pushing agencies to move to the cloud is the pressure to improve mission critical services (58 percent), followed by the need to defend against mounting cyberthreats (41 percent).

However, the report also makes clear that there are barriers to cloud adoption and IT modernization. Only about 3 in 10 IT executives said their agency has relatively high or advanced ability to provision a virtual data center quickly.

MORE FROM FEDTECH: Find out how the Cloud Smart strategy will lead to greater use of CASBs.

Acquisition and contracting issues also seem to be inhibiting cloud adoption. Overall, 55 percent of IT executives say their agency has inadequate or only average acquisition capability to contract for cloud services.

Overall, 1 in 3 IT executives found the General Services Administration’s Federal Risk and Authorization Management Program helpful in speeding cloud security authorizations. That proportion jumped to over half (52 percent) among respondents whose agencies plan to invest most heavily in government-only community clouds.

The report makes clear that agencies will continue to shift apps to the cloud. Yet agencies continue to face significant challenges and still need help “overcoming a lack of skills to manage IT in a hybrid environment and the complexity of extending legacy applications to the cloud,” the report concludes.

“While technical solutions are clearly available, IT leaders continue to express concern about the capability of their agency acquisition teams to acquire cloud services using current contract vehicles,” the report adds. “That suggests more must be done to update and streamline cloud acquisition practices.”

IT leaders seeking to speed up cloud adoption say the fastest way forward involves a combination of replacing selected apps with cloud-ready alternatives and looking to cloud providers to do more to aid migration, according to the report. 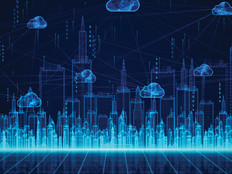