Robert Douthit, a 20-year Army veteran and former squadron commander, knows that military leaders would never initiate an operation in an unfamiliar area by sending in a full-scale deployment and large array of equipment.

Instead, they’d go in with a limited team to assess the resources required, and then “make contact with the smallest force possible,” he explains.

It’s the same concept for federal agencies that want to launch a new IT system, says Douthit, who is now executive director of Dell Technologies’ Customer Solutions Centers in the Americas.

Government IT leaders don’t want to invest extensive time, money, space and workers to test a new technology or establish a proof of concept before they know what they want to accomplish.

Dell created its Customer Solutions Centers in 2013 as an option for IT departments to avoid that preliminary outlay. The CSC allows Dell’s customers to learn about and try technology solutions before deploying them in-house. Dell operates eight CSC locations: six in the United States — in Nashville; Washington, D.C.; New York; Chicago; Santa Clara, Calif.; and Round Rock, Texas, where Dell has its headquarters — and one each in Mexico City and Sao Paulo.

DISCOVER: Find out how to design the technology that meets your agency's unique needs.

The CSC acts as a showroom where customers can come to a convenient location rather than travel to the corporate office to understand, see and touch a technology package. The sites were chosen to offer easy access geographically and logistically.

For Dell, the goal of the CSC is to meet its strategic partners face to face to explore their needs and delve into possible designs for the ideal system. “Dell wants to engage customers where they are and show them where they can be,” Douthit says.

At the CSC, Dell offers that engagement in three ways: a technical briefing; a whiteboard-driven design discussion; or proof of concept. Customers can come for one of those options or all three. Dell’s subject matter experts sit down with their federal agency counterparts and brainstorm.

Those customers can get their hands on the technology, not just view it on a PowerPoint deck. They can tell Dell’s representatives, “‘I want to see this demonstrated in real time,’” Douthit says. “‘I want to bang away on it.’”

If Dell were to do such demonstrations for federal customers onsite at the agencies themselves, the first major cost would be transporting the equipment. Then, Dell’s staff would need time to figure out how to set up the system at an unfamiliar location. Tapping into an agency’s system requires security protections, so that would mean extra time to firewall the data center, Douthit says.

“It may be, in many cases, disruptive to their environment,” he says. “It’s a massive investment in resources.”

Even if a federal agency has outfitted its own proof-of-concept lab, it might use that space only once a year or less, getting little return on that investment, Douthit points out. And it would never be as efficient to test the technology there as it would be with the Dell experts most familiar with how the switches work or which configuration is most ideal for the customer’s use case, Douthit says.

VIDEO: Hear federal IT leaders talk about the top 2020 trends.

How to Get a Close Look at Key Dell Products

Before the CSC, Dell would host briefing sessions with its customers’ executives to find their best solutions. The concept evolved from telling to showing. Until then, Dell had no other remote data centers where customers could test a system before bringing it home, Douthit says.

While Dell’s entire portfolio isn’t available at every CSC site, each location has an extensive setup of some of the company’s key offerings, such as VxRail, a hyperconverged infrastructure that allows indefinite scaling of Dell’s VMware Cloud Foundation; and PowerMax, a high-efficiency management system for data storage.

Dell’s plan now is to enhance its presentation mechanisms with large monitors that immerse customers in top-notch virtual reality and simulation. “These are data centers that allow you to experience the technology,” Douthit says.

While the opportunity to get hands on the technology is a big benefit for customers, the most valuable aspect of the CSC for Dell is the personal approach to customer service, Douthit says. “It’s the relationship you can build and the trust you can build with the customer standing in front of you.”

From there, solutions happen. Once customers are sitting at the CSC table, they discover technological solutions they didn’t plan to investigate — or even realize they could. Douthit says a common refrain surfaces in those CSC sessions: “I didn’t know Dell did that!” 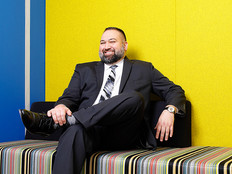 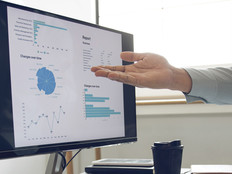 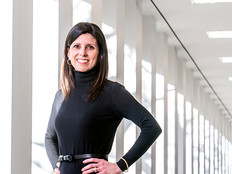