At federal agencies’ headquarters buildings, users have their workspaces set up to maximize productivity. They have security built into their networks, easy access to applications, the ability to scale up computing resources as needed and full-time IT support.

Now, most are doing their jobs from home during the coronavirus pandemic. Federal agency leaders don’t want employees to lose their workplace efficiency, but managing a far-flung cadre of users — and keeping them humming along as usual — can be a challenge.

Companies such as Nutanix provide end-user computing solutions for agencies to not only recreate their in-office capabilities for workers at home but in some ways enhance them.

With virtual desktop infrastructure (VDI), the digital workspace lives on the agency’s on-premises servers. Employees essentially reach through a virtual window into their office desks and work as they always do while tapping on their laptops and keyboards from remote locations.

“They can log in and see the desktop that’s assigned to them,” says Dan Fallon, senior director of public sector systems engineers at Nutanix.

DISCOVER: See how Nutanix can help you meet your federal agency’s technology needs.

The Benefits of DaaS and HCI for Agencies

With desktop as a service, or DaaS, an agency uses an outside vendor to set up and manage its end-user computing in the cloud. Nutanix’s DaaS offerings have evolved as cloud infrastructure has expanded. The company offers a hybrid cloud service that allows agencies to run applications in-house, in the cloud or on end-user devices, depending on the agency’s needs.

“We make sure the underlying performance, the infrastructure and the security are there,” Fallon says.

Widespread telework during the pandemic has increased demand on agencies’ IT departments to troubleshoot and solve network problems for individual users. Nutanix lifts that burden from the IT staff.

“They can focus all their time and energy on the actual end-user space,” Fallon says. VDI replaces the connected network of laptops and desktops within an agency’s buildings with a widespread web of remote end users. It’s more complicated to provide the same security, performance, speed and support for each individual site, and even the most enterprising agencies have struggled with it, Fallon says.

“You never want to upset a user,” Fallon says. “When you take away something that they can hold and touch and say, ‘Now it’s over here,’ you don’t want their end experience to suffer.”

Nutanix leverages hyperconverged infrastructure solutions to minimize those complications. A traditional agency data center structure handles computing, security and storage in separate silos, like three side-by-side Lego blocks. To scale up, the agency has to build onto each block separately.

Hyperconverged infrastructure combines the different functions of the data center into a single block, so scaling simply requires building onto that single stack. This reduces the time and effort from three steps to one, Fallon explains.

Customization also comes easily with hyperconverged VDI. A higher-level user might want more options and enhancements, more tools and software. Nutanix hooks users into service catalogs and automates the required licensing, speeding up a process that can normally take as long as 90 days, with built-in approvals that meet an agency’s specifications.

READ MORE: Find out how to effectively plan for a hybrid cloud environment.

Agencies Get Agility with Cloud and DaaS

A key benefit of DaaS and cloud-based computing is agility. It can spin up new resources quickly, making an agency nimbler with the implementation of new software, security upgrades and scaling.

The need for speed became starkly apparent with the sudden shutdown of offices in response to the pandemic. Most agencies don’t keep enough extra data center space to handle such a widespread deployment of VDI. If they did, the excess capacity would sit idle most of the time — except for the occasional snowstorm, when no one can get to the office, Fallon says.

With DaaS, agencies can rent capacity from the cloud as needed. Nutanix allows its agencies to keep more data space in-house as a baseline resource, and pay for an additional cushion from the cloud only when they need it.

For federal agencies using these services, security is the most significant challenge, particularly with a fast expansion. They need to track network traffic and identify vulnerabilities. Nutanix is working on layering on higher levels of security standards to meet the requirements of clients with greater sensitivity concerns.

“We’re working to mobilize the telework and data strategy that’s been forced upon them during this pandemic,” Fallon says of federal customers. “They can now work more flexibly, in the most efficient manner possible.” 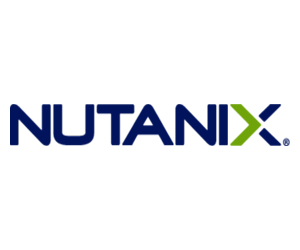 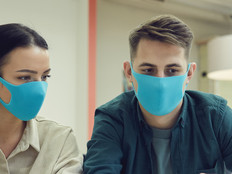 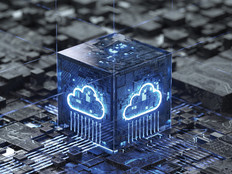