Someday soon, Air Force personnel could get laptops through the service branch as easily as they might from a local Best Buy.

That’s the hope, at least, of an initiative the Air Force is about to launch, dubbed the 21st Century IT Store. According to Lauren Knausenberger, deputy CIO for the Air Force, the new program will likely come alongside an industry day this month or in February, as Breaking Defense reports.

The goal of the initiative is to transform how the Air Force delivers end-user IT services, ranging from how users purchase hardware to the software they can run on their computers. Meanwhile, Knausenberger also says that internal survey data shows that Air Force personnel enjoy telework, and that it leads to higher levels of satisfaction with IT services. 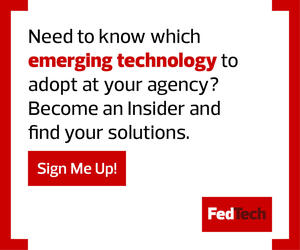 A New Kind of IT Experience for Airmen

The 21st Century IT Store is designed to give airmen a more consumer-oriented experience in terms of how they get and use IT.

“If you’re onboarding in a new base, your laptop won’t be there when you get there. You’ll have a really long wait,” Knausenberger said during the AFCEA NOVA Air and Space Forces IT Day on Dec. 15, according to Breaking Defense. “It should be more like an Apple Store experience. If I want a laptop, I can go to a storefront, digital or physical, all set up with the gear that I need.”

Such a shift would save the Air Force both time and effort, Knausenberger said, and will make operations overall more efficient. The goal of the program is to cut down on redundancy in IT acquisition and move different applications into a single catalog of services, according to Breaking Defense.

MORE FROM FEDTECH: Explore how the Air Force modernized capabilities via a data center refresh

Meanwhile, the Air Force has learned that users’ satisfaction with IT services jumped as they worked remotely compared with being on base, according to Knausenberger, who cited internal survey data at the same event, FCW reports.

“Because you’re at home, you’ve got a great commercial connection, there’s no funky configurations going on on your base that’s different from the next base,” Knausenberger said. “What we’re working on now is really instrumenting so we can see exactly what [those problems are] on each base so we can focus our effort and our spend,” she said.

According to Knausenberger, 61 percent of users who have been primarily working from home approved of their IT services, compared with 27 percent of those who mainly work on an Air Force base. For those who work on the Non-Classified Internet Protocol Router Network, those figures rose to 69 percent and 36 percent, respectively.

The Air Force wants to make the IT experience better for users who are on base, and is looking into VPNs, laptops and faster internet connections to help improve user satisfaction. 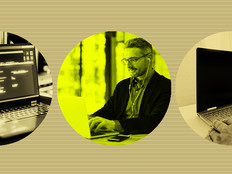