The world’s fastest supercomputer is also one of the most efficient, the result of new technology that manages to maintain the machine’s brain power while improving its energy efficiency.

This technology will likely trickle down to smaller systems, potentially saving federal agencies, research institutes and others money on energy bills that can total millions of dollars a year.

To produce those speeds, Frontier can draw up to 21 megawatts of energy when performing the High-Performance Linpack benchmark run, so finding ways to cut down on energy use is critical, says Nicholas Malaya, a principal member of AMD’s technical staff. Frontier uses central processing units (CPUs) and graphical processing units (GPUs) made by AMD.

“It’s not only the world’s fastest computer, it’s one of the world’s most energy-efficient computers as measured by the Green 500,” Malaya says. “Those two in parallel is what makes it so powerful.”

DISCOVER: How AMD can increase computing efficiency in your agency.

Frontier contains optimized 3rd Gen AMD EPYC CPUs for high-performance computing and artificial intelligence, as well as AMD Instinct MI250X accelerators, both tailored specifically for exascale environments. AMD researchers and engineers drew from the company’s more than 50 years of history in building processors, to create something that is too capable of achieving exascale performance, Malaya said.

WATCH NOW: Learn more about Frontier and Summit in our Feds in the Field video.

Optimizing algorithms to reduce the movement of data through the supercomputer — in particular, making it move around less — can cut energy consumption dramatically, he says, and does not affect the computational power.

“The fact that the world’s fastest machine is also the most energy-efficient is just simply amazing,” Thomas Zacharia, lab director at ORNL, said during a press conference in May.

Supercomputer Technology Can Scale to Other Systems

The technology behind Frontier’s speed and energy-efficiency is scalable to other architectures, Malaya says. For instance, the optimized code used to modify the software running the algorithms is available to use “so that anyone who has AMD hardware can take advantage of those algorithms,” he adds.

And while Frontier is composed of more than 9,000 nodes — a block of 1 CPU and 4 GPUs — the components of the system are available to other enterprises, allowing them to “take advantage of all the optimizations, all the software, all the work we’ve done on that scale. It’s a very scalable solution,” he says.

EXPLORE: Green computing and how it can help federal agencies cut emissions.

Most large-scale data centers rely on similar CPUs and GPUs to do their work. The technology is also critical for artificial intelligence and machine learning projects.

“The work from Frontier helps lead us to the next generation of products, which we believe is going to be a lot more efficient, have a lot more performance and be usable for the broader industry,” says Mahesh Balasubramanian, director of product marketing for the AMD accelerated GPU business unit. 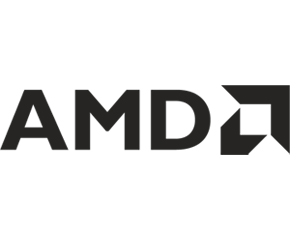