Leaving a great impression — that’s the goal of most presenters, whether at a small staff meeting with only 10 people or before an audience of 200 at a conference.

The portable InFocus IN3114 DLP Projector goes a long way toward making that possible. It provides brilliant color and a bright picture at an affordable cost. The connectivity options and display resolution modes also make it extremely versatile.

The InFocus IN3114 works great in smaller rooms. It offers a variety of connector options, including VGA, HDMI, RCA, VESA and S-Video ports. It also includes DisplayLink software, which lets you use computer devices to control the projector through a USB connection.

The lamp is so bright that it works well even in sunlit outer conference rooms. At 3,500 lumens with a 2,100-to-1 contrast ratio, the light yellows are still well displayed. In a dark room, the projector’s backlit controls make it easy to adjust brightness, contrast, keystone correction and other options.

To adjust focus and zoom, InFocus mounted a pair of smooth-sliding rings above the lamp. The rings allow for careful fine-tuning of the controls, especially compared with the more typical rocker or digital controls found on other projectors.

The most outstanding feature of this projector is DisplayLink.

DisplayLink installs quickly via a small flash drive that loads onto the computer when the projector is first connected. Using two icons in the task tray, users can change the resolution or projection mode (tabletop, ceiling or rear projection). DisplayLink even lets users bring up an image of the remote control with click functionality, just in case it goes missing.

Another advantage is the projector’s economy mode — running at 2,800 lumens — for those who’d like to save a little energy when working in a darkened room. The eco-mode typically increases lamp life by 33 percent, from an estimated 3,000 hours at full power to 4,000 hours. The replacement lamp from InFocus is reasonably priced at $279.

The InFocus IN3114 also comes with a carrying case so well designed that each cable has its own compartment, with graphical labels identifying what goes where.

As one would expect with such brightness, this projector gives off some serious heat. Typically consuming about 230 watts, the projector surface becomes noticeably hot to the touch after 20 or 30 minutes of use. Make sure sufficient ventilation is available.


Weight and brightness of the InFocus IN3114, making it a competitive portable projector option

With its sleek design, this projector is fairly well constructed. It has a sliding lens cover, which beats an easy-to-misplace cap. But it’s anyone’s guess what would happen if the cover were closed with the projector still on. Would the plastic eventually melt? It might be useful to have some kind of safety feature that turns off the light if the cover is closed.

Additionally, the support leg seems a little weak, although the projector is sturdy when propped up. A screw mechanism would provide more secure support.

Although DisplayLink worked perfectly with Windows XP, it did not work with my Windows 7 64-bit notebook. Even downloading the latest copy of DisplayLink from the InFocus website didn’t work. InFocus will likely develop Windows 7 support; until then, users can connect the projector through the standard VGA cable. 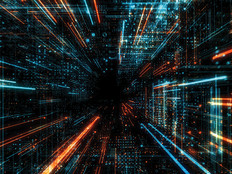