Originally developed to connect storage area networks for high-performance computing, Fibre Channel dominates large data center architecture. As many as two-thirds of data centers use Fibre Channel in one if its incarnations.

The most prevalent versions of Fibre Channel offer bandwidth of 8 or 16 gigabits per second. However, demand for bandwidth is rapidly growing, and faster iterations of Ethernet threaten to overtake Fibre Channel. In response, the Fibre Channel Industry Association (FCIA) this year released the Gen 6 Fibre Channel Physical Interface standard, which doubles speeds to 32Gbps. By combining channels, the new specification offers speeds up to 128Gbps, along with new features designed to increase reliability.

“Continued innovation for the Fibre Channel standard is designed to extend its position as the industry’s most reliable and robust storage networking solution, which is used for today’s mission-critical enterprise applications,” says FCIA Chairman Skip Jones.

Brocade, Cisco Systems, Emulex and QLogic are among the manufacturers that will be offering Gen 6 Fibre Channel products. The first products will likely appear in 2015 and become widely available in 2016.

“Gen 6 Fibre Channel will deliver performance and robustness to significantly propel our customers' SANs into a new age of advanced capabilities,” says Jack Rondoni, vice president of storage networking at Brocade. “We are developing new solutions based on 128GFC and 32GFC and look forward to bringing these to market in 2016.”

In addition to more bandwidth, 32Gbps Fibre Channel offers several innovations designed to help data centers move into the future. These include:

High reliability has always been one of Fibre Channel's selling points. Unlike Ethernet, which is designed to drop and resend packets, Fibre Channel is designed not to drop packets and to deliver them in order. This yields higher efficiency at the expense of technical sophistication.

There’s also the matter of cost. Fibre Channel is more expensive than Ethernet for equivalent throughput, which is one of the major reasons many smaller data centers and organizations use Ethernet. This results in the IT department having to maintain both network technologies — Ethernet for the general LAN and Fibre Channel for the SAN.

While many organizations would like to converge onto a single network technology, they’re reluctant to replace Fibre Channel even though it would simplify network management. It’s clear that the storage networking technology has a long life ahead.

“The performance and features of the Gen 6 standard ensure customers will continue to rely on Fibre Channel to meet their future requirements for hyperscale virtualization, solid-state storage technologies and new data center architectures,” says Vikram Karvat, vice president of marketing for QLogic. 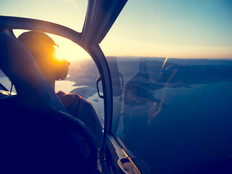