Workstation computers traditionally have been built and billed as the larger, beefier brothers of desktop systems, reserved for tackling more demanding applications. But with this power came enlarged footprints, increased power consumption and higher heat generation. The Hewlett Packard Z2 Mini G3 Workstation shatters that formula, keeping all the best features of the class while minimizing the negatives.

The Z2 isn’t built like other workstations. The small, black unit looks more like a personal-sized pizza box. Four ventilation grills in each corner break up the square silhouette, and HP printed a stylized letter Z across the top. A single, almost hidden, power button on the front brings the tiny powerhouse to life, although quietly, as the internal cooling systems don’t generate much noise. You might confuse the Z2 workstation with a thin client based on looks alone.

But make no mistake, the Z2 is a bona fide workstation packed with power.

At one-sixth the size of the modern desktop, the Z2 scored almost 10,000 points higher on the PassMark PerformanceTest benchmark, putting it solidly in line with expected workstation performance levels. 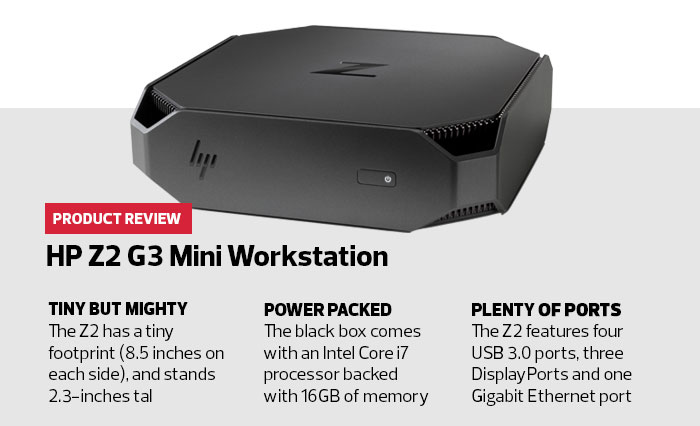 While the Z2 comes with a 135-watt power supply, which may seem like overkill, many eco-friendly features govern its energy consumption. The workstation has received the Energy Star label for its energy efficiency.

Cooling fins surround the unit, and four dedicated corner vents kept things from overheating. After a few hours of continuous use, the chassis was cool to the touch, and more importantly, performance never suffered due to thermal issues.

The HP Z2 Mini G3 Workstation does everything users expect and need from a workstation system. It does this in a smaller space and for an economical price, features that would have been impossible a few years ago.

HP advertises that it constructed the Z2 Mini G3 Workstation with computer-aided design in mind, so I tested this claim to see how the Z2 fared under the demands of the AutoCAD program.

CAD programs in general often tax systems because they require raw number-crunching as well as speedy graphical rendering. In fact, workstation computers were created because many desktop systems could not adequately handle both tasks.

After loading the 2017 version of AutoCAD, I turned to the most complicated designs I could find: the Space Shuttle and the nozzle of a firehose. The Z2 had no trouble opening either design in less than five seconds. The same task with a standard desktop computer took 22 seconds for the shuttle and 31 seconds for the more detailed nozzle.

On the desktop, zooming to different levels triggered another load process. With the Z2, flowing between detail levels and other graphically intensive tasks (such as spinning the design around to look at different angles) appeared practically instantaneous.

Saving files was also notably faster. After modifying part of the firehose, resaving the design took less than a second. Compare that to almost five seconds with the desktop.

These tests prove this little powerhouse can handle almost any type of application and quickly become a jack-of-all-trades. 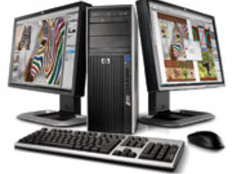 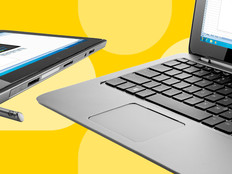 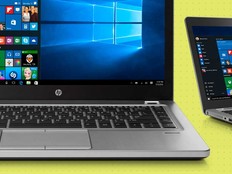