One day after publication of a rule that would let doctors at Department of Veterans Affairs facilities leverage telemedicine to provide care to patients anywhere, VA Secretary David Shulkin discussed his agency’s goals for using technology moving forward.

“Our mission is to take care of those who serve the country,” Shulkin said.

Telehealth is a big part of the agency’s plans for remedying its timeliness and access issues, Shulkin said.

“This is a strategy that VA is growing and investing in and believes is essential to solving this priority of timeliness of services,” Shulkin said.

Its new initiative centers on allowing veterans to receive care wherever they are, as long as they have access to an internet connection. Individuals can access provider services on any device in any location, Shulkin said. However, he also noted that moving ahead was less of a technology challenge and more of a legal and regulatory issue.

“Very conservative interpretations interpreted current law as saying that we needed to provide telehealth services from one VA facility to another, which just didn’t make a lot of sense to me,” Shulkin said. “I was making my patients drive 80 miles from their home to a VA facility waiting room so they could get into an exam room to see me using telehealth; it just didn’t make any sense.”

The rule change will allow innovators within the agency to do a lot more with its technology now that all VA doctors will be able to take advantage, Shulkin said. To aid in the expansion, in August, the agency announced it would start a nationwide rollout of its VA Video Connect app, which allows providers and patients to connect via live video on a computer, smartphone or tablet.

The American Medical Association offered early praise for the rule, with Dr. Jack Resneck Jr., chairman-elect of the AMA’s Board of Trustees, saying in a statement that the VA “has a unique federally controlled healthcare system with essential safeguards” that can ensure high care quality for patients.

Shulkin also noted that the VA is deploying Big Data and predictive analytics technology to try to proactively identify veterans who may be at risk for suicide.

“This is an American public health crisis, not just a VA crisis,” he said. “The number of Americans committing suicide each year is growing, but among veterans it’s growing even more.”

Access to care through the VA stems such rates, Shulkin said. Over the last 15 years, the rate of veterans committing suicide has gone up 5.4 percent for those accessing VA care; for veterans who don’t use the VA, the suicide rate has gone up 38.4 percent. In particular, for female veterans who accessed the VA for care over the last 15 years, the suicide rate decreased 2.6 percent, but increased 81.6 percent for those not using the VA.

“We are really trying to outreach to veterans to let them know that they have options and that treatment works,” Shulkin said. 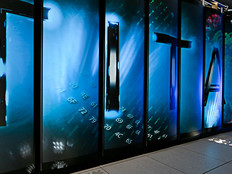