In 2019, NASA had a challenge: The agency was upgrading all its offices to Office 365, and it wanted to include all its employees in the transition, including astronauts on the International Space Station.

Working with industry partners, NASA was able to overcome technical challenges to that upgrade, Wynn told an audience Sunday at the 2022 Imagine Nation ELC conference in Hershey, Pa. “In September 2019, we delivered Office 365 to the astronauts on the International Space Station, and we did that with our industry partners, including Microsoft.”

Wynn shared her reflections during a discussion of the significance of the E-Government Act of 2002, which celebrates its 20th anniversary this year. Former Federal CIO Suzette Kent led the discussion, emphasizing the importance of industry collaboration, interagency cooperation and team building.

“With the E-Gov Act, we have seen consistent change,” Kent said. “E-Gov helped us to bring technology-centric activities together, structure agency teams and be more focused around what we did.”

Wynn recounted how a strong relationship with Apple helped NASA update iPads on the International Space Station. The usual updating process wouldn’t work off-planet, so “Apple worked with NASA to develop a packet to update iPads in space,” she said.

Those updates included critical cybersecurity patches that were necessary to secure NASA’s IT operations on the station, she added. 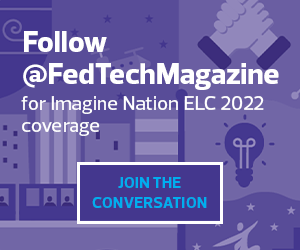 Interagency Cooperation Produces Results for All

IBM Center for the Business of Government Senior Fellow Senior Fellow Margie Graves, who once served as deputy CIO of the U.S. Department of Homeland Security, recalled the importance of interagency cooperation when establishing DHS after 9/11.

“We were trying to make whole cloth out of multiple pieces,” Graves said. “There wasn’t any underpinning infrastructure or governance at the time, but we made it work.”

DHS pulled in whole agencies and pieces from other federal departments. “Each of them came with its own mission space, applications, infrastructure and culture,” Graves said. And Congress required the integration of these agencies to be budget-neutral, meaning there was no extra money to spend on a headquarters infrastructure.

Early in the process, DHS set up a CIO council to gain interagency cooperation and agree on what projects to advance. “We could not rationalize applications and mission support across the agency unless we had a coalition of the willing,” Graves said. “DHS was a federated agency. Everything we did was through coalition building.”

That successful cooperation eventually extended to industry partners as the CIOs strengthened their relationship with the DHS chief procurement officer, Graves added.

DISCOVER: How to choose backup solutions when an agency operates in multiple environments.

“I’m in the construction business. I build things wherever I go,” Roat told the conference.

When she was at SBA, the agency was perhaps 10 years behind in terms of technology. Roat worked with an intraoffice team that included the chief financial officer, the chief acquisition officer and the chief procurement officer to advance the agency enterprise.

“It’s not only building your technology team but also building the rest of your team,” Roat said. “It’s not about the CIO; it’s about the team. It’s about driving change, and you cannot do that without all of those people.” 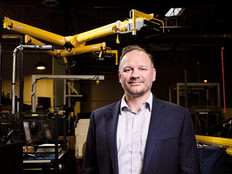 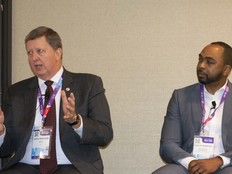 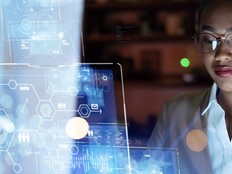