Agencies have made significant strides toward improving the availability and affordability of broadband service in recent years. The Federal Communications Commission has specifically made efforts to bring underserved and remote areas up to speed technologically to bridge the connectivity divide. A key step in many of those efforts has been the development of formal, statewide broadband expansion plans that use data and stakeholder input to identify and refine goals, recommend activities and detail implementation strategies. 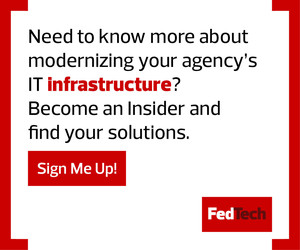 Fact: Not All Broadband Is High-Speed

In 2015, U.S. regulators set the standard for high-speed internet to be 25 megabits per second for downloads and 3Mbps for uploads. While most broadband services can easily meet this definition, some rural communities with legacy infrastructure cannot. In fact, according to Getinternet.com, the average connection in Montana falls below this threshold. Advertised speeds can be misleading, as some broadband types, such as cable, run on shared infrastructure, so while the rate should be “gig-speed,” the actual rate is much lower during peak periods because of saturated connectivity. The FCC is considering modernizing the threshold to 100Mbps for downloads or even 1 gigabit, which would further widen the digital divide.

DISCOVER: How software-defined networking can speed innovation and modernization.

Given that we use it to purchase products, have private conversations and work with sensitive information, broadband and security go hand in hand. Most consumers would expect the service to be secure, but that’s not the case. Broadband providers deliver a connection to the home, but securing that link is up to the individual consumer. Some broadband providers offer security as part of their solutions, but not all do. Even the ones that do cannot protect endpoints from phishing attacks and other threats that target users.

Most consumers would expect the service to be secure, but that’s not the case.”

Fact: The Government Recognizes the Need for Better Broadband

The internet is no longer a luxury but a core component of life in a digital world. Forty-three states, the District of Columbia and Puerto Rico all have enacted or pending legislation addressing broadband expansion and upgrades. There are several issues being addressed, such as bringing broadband to schools first, upgrading infrastructure, funding rural broadband networks, the use of taxes and more. It’s important to understand that building out broadband, particularly in rural areas, is a complicated process that involves more than the deployment of new network infrastructure, and many state governments do not have the necessary knowledge to cost-effectively expand their broadband footprint. To assist with this, Cisco recently built its Rural Broadband Innovation Center to showcase technology and provide a lab to increase technical knowledge. More vendor initiatives like this can help states use their funding cost-effectively.

EXPLORE: How the Defense Department is expanding 5G.

Fact: The Government Will Partner with States on Broadband

The expansion of broadband is one of the few truly bipartisan issues in government today. The federal government has historically been a lot of talk and little action, but the pandemic acted as a wake-up call that turned activity into funding. In July, the Biden administration announced $401 million in funding to provide high-speed internet to 31,000 rural residents and businesses in 11 states. This is largely funded through the U.S. Department of Agriculture’s Telecommunications Infrastructure Loans and Loan Guarantees program.

The federal government also has a wide range of funding avenues, including the Infrastructure Investment and Jobs Act; the Broadband Equity, Access and Deployment Program; the Affordable Connectivity Program; and three Digital Equity Act funding programs. While there are billions of dollars available to telcos and rural broadband operators, feedback has been that accessing the funding requires navigating lots of red tape. Simplifying this process would help unlock much of this money.

Fallacy: Broadband for All Is a Rural Issue

In general, urban areas have better connectivity than rural communities, but there are many people in metropolitan centers that have no access to high-speed internet. In some areas, service costs are too expensive for low-income people. Other issues include a lack of home technology to access it or not knowing where to procure the services from. State and federal programs largely focus on network access. However, taking advantage of digital technologies requires resources (including broadband) as well as low-cost home computers and laptops, mobile devices, software and education. Government agencies must look at digital equity gaps at a county and a state level as well as within cities and neighborhoods. 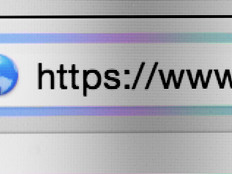