Transitioning from a PC to a Mac used to be an exercise in compromises.

Among the PC applications that were available for the Mac platform, some didn't work like their Windows counterparts, some weren't updated as often, and some simply didn't work at all. Add to this the mystery of peripheral support, and it's no surprise that users avoided Macs when PC software was needed.

Virtualization promised to reduce the hassle of switching, but interfaces were clunky and performance was lacking. That's all changed with the release of Parallels Desktop 6 for Mac.

Parallels client virtualization software for running Windows apps on a Mac showcases what a seamless Mac and Windows environment can be, from installation to actual use. During the installation process, the product carefully explains menu choices and uses diagrams to show the user which selections affect which settings.

There's a fully automated express-Â­install feature, as well as a tool to create a virtual machine entirely from an existing PC, so there is no need to reinstall programs and reconfigure settings. Parallels Tools automatically loads, thus enabling 3D support, mouse synchronization and seamless drag-and-drop.

Once the virtual machine setup is complete, Parallels accepts almost any external device. When a device is inserted, a user-friendly window appears and asks which OS the user would like to connect to, then Parallels takes care of the rest.

In addition, the increased speed of Â­Parallels 6 will astound any user. Windows 7 resumes in less than 10 seconds, and applications — whether 3D or not — run at near-native speed to a Boot Camp partition.

Why It Works For IT

Blending the security and stability of OS X with the compatibility of Windows ranks high on any IT department's wish list. Combine that with the speed of Â­Parallels, and the seemingly impossible becomes possible for any type of user. The most important advancement of interest to IT departments is the combination of Crystal and Coherence modes. These types of integration between the Mac and Windows operating systems were separate options in the past, adding to the confusion of which would offer a better experience for the end user. Now, with only Coherence mode available (the Crystal features have been added), users can be assured of the best possible Windows experience on a Mac.

Parallels has also made great strides in seamlessly sharing files between operating systems, so much so that the Mac OS will set file types that open only in Windows to default as such. This means there's no user confusion about which program will be needed to open which file, or how to make it happen; Parallels takes care of it automatically.

As a final note, the migration tool built into Parallels significantly reduces the overhead for IT departments when transferring users from a PC to a Mac. Overall, the stabilÂ­ity and usability of Parallels is something that every IT team can appreciate.

System requirements needed to achieve the full experience with Parallels are on the upper end. The price of admission for a smooth virtual Windows 7 environment starts at a new dual-core CPU and at least 4 gigabytes of RAM, coupled with a decent graphics processor for the Windows Aero effects. Though Parallels automatically compresses virtual disks, you'll need hard-drive space available for both the host and the guest OSes. 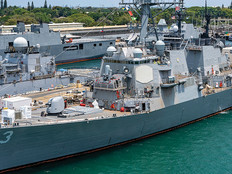