Three federal agencies aced their scores in the latest scorecard measuring agencies' progress in implementing the Federal Information Technology Acquisition Reform Act and IT modernization, the most ever.

In the ninth iteration of the FITARA Scorecard, the General Services Administration and Education Department earned grades of “A+,” while the U.S. Agency for International Development scored an USAID earned an “A.” Of the 24 agencies that received grades, nine saw their overall scores improve from previous marks in June, four saw declines, and 11 saw their scores remain the same.

“It’s the best scorecard ever,” Federal CIO Suzette Kent said, speaking Wednesday at an event hosted by the Advanced Technology Academic Research Center, according to Nextgov. Kent said the grades indicate that agencies are moving in a positive direction on IT modernization as the year ends.

“Agencies are delivering results and improving in the modernization arena every single day. The scorecard is a nice place to take a checkpoint and demonstrate what’s been done,” she said. 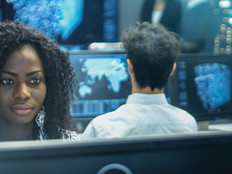